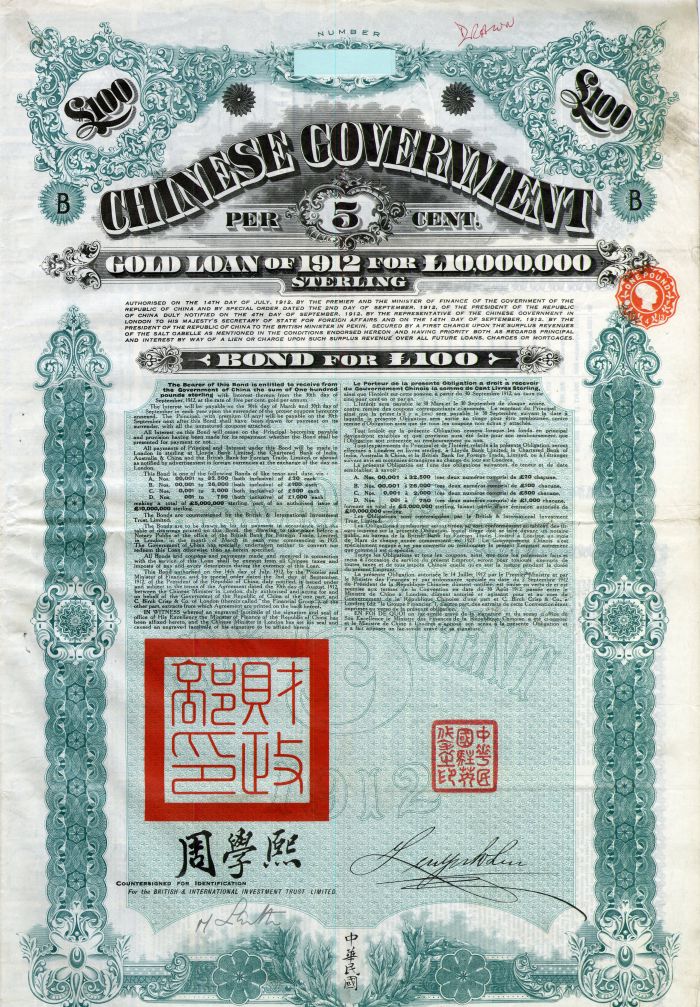 The loan was floated by C. Birch, Crisp & Co. in London at 95% on behalf of the British & International Investment Trust, Ltd. Other financial institutions acting as agents for the loan were the British Bank of Foreign Trade, Lloyds Bank and the Chartered Bank of India, Australia and China. Bearer bonds were issued in the following denominations: £20, £100, £500, and £1,000.

In early 1916, he was appointed by George V of Armenia as one of the five members of the Armenian National Delegation to lead negotiations during and after the war, and the effective representative in London (the other four members were all based in Paris).

He was Chairman of the Royal Thames Yacht Club, and a founder in 1894 of the British Empire League. He was awarded an OBE in 1948.

He was the son of Aratoon Malcolm, of Bushehr in Qajar Persia, whose family had lived in Persia "since before Elizabethan days", in shipping and commerce, having acted as treasurers to British Missions to the Shah of Persia. They had numerous contacts with significant financial families in the region such as that of David Sassoon.

He came to England at the age of 13 years old in 1881, for his education, under the guardianship of Albert Sassoon. As a boy he was friends with Albert Goldsmid. He was educated at the private Herne House School in Margate, Kent, before attending Balliol College, Oxford between 1886-9.

His arms dealing career began with making the first offer to provide 1,000 sharpshooters for service in Southern Africa, and he fitted out Major Albert Gybbon Spilsbury's Tourmaline yacht for its controversial 1897 expedition to Mogador, Morocco.

As a contractor for public works he proposed to finance the Baku aqueduct, the longest water conduit in Europe which was ultimately financed by Zeynalabdin Taghiyev, the extensions to the London Docks, and the Canadian TrentSevern Waterway.

In 1912 he negotiated on behalf of the Chinese government the £5 million Crisp loan led by Charles Birch Crisp to the new Republic of China.