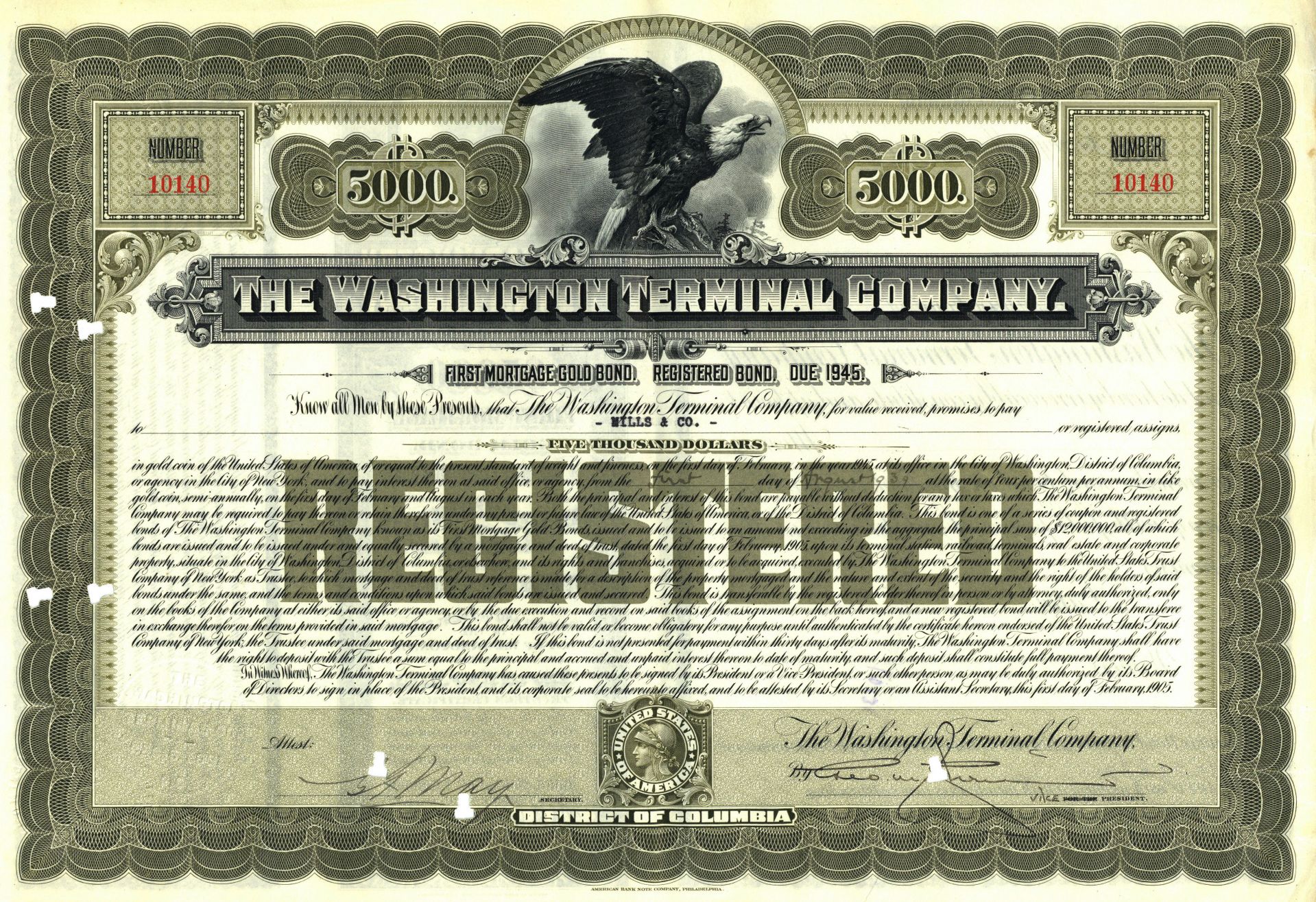 It was established in 1901 by the Baltimore and Ohio Railroad and the Pennsylvania Railroad-controlled Philadelphia, Baltimore and Washington Railroad.

The Washington Terminal Company owned and operated Union Station (opened in 1907) and about 5 miles (8.0 km) of track in the Washington area, providing switching services for passenger trains using the station or passing through the area:

In 1981, Amtrak took over the terminal company's operations. It currently owns a 99.7% interest in WTC, with the balance held by Amtrak employees. All of WTC's officers are Amtrak employees, as are most of its directors. Through WTC, Amtrak presently shares ownership of Union Station with the United States Department of Transportation. While the DOT owns the station building itself and the surrounding parking lots, WTC owns the platforms and tracks.

Despite being nearly wholly owned by Amtrak, the Washington Terminal Company is legally a separate entity, and unlike Amtrak, it is not exempt from the Interstate Commerce Act. This allowed Virginia Railway Express to threaten a filing to the Surface Transportation Board to enforce its right to access when Amtrak tried to oust VRE from Union Station after VRE said they would not automatically re-hire Amtrak as its operating contractor. Faced with this action, Amtrak backed down.

Item ordered may not be exact piece shown. All original and authentic.
Email this to a friend
Request Info
Previous Item (New York Central Railroad Co. - $10,000 Bond)    (Baltimore and Ohio Railroad Co. Issued to and signed by Wallace Nutting - Autographed Bond) Next Item