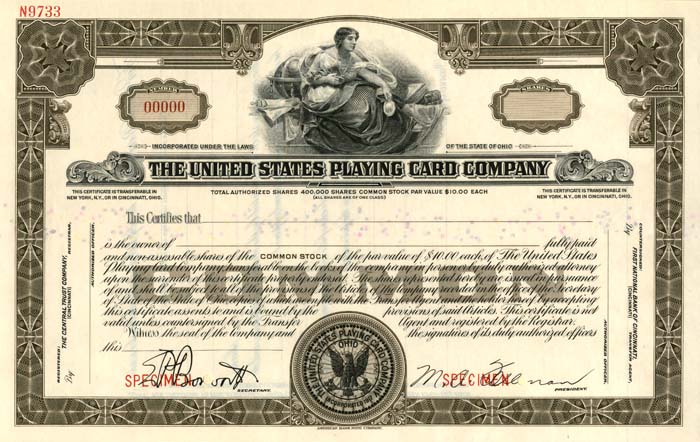 The United States Playing Card Company (USPC, though also commonly known as USPCC) is a large American producer and distributor of playing cards. It was established in 1867 as Russell, Morgan & Co. and founded in its current incarnation in 1885. Its many brands include Bicycle, Bee, Tally-Ho, Congress, Aviator, Aristocrat, Mohawk, Maverick, KEM, Hoyle and Fournier. It also produces novelty and custom playing cards, and other playing card accessories such as poker chips. For decades the company was based in Cincinnati, Ohio, but is now headquartered in the Cincinnati suburb of Erlanger, Kentucky as of 2009.