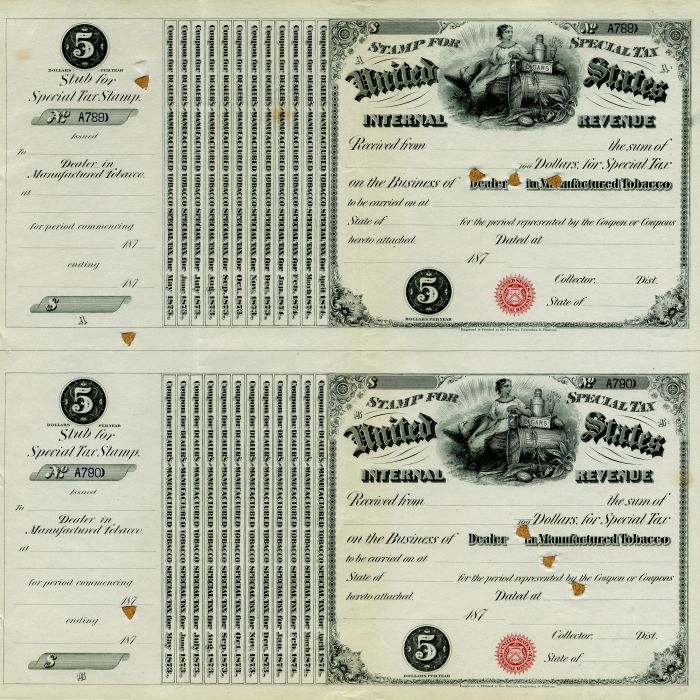 Unissued Stamp for Special Tax on the business of "Dealer in Manufactured Tobacco". Uncut Sheet of 2! Folded softly for shipping purposes.

The history of taxation in the United States begins with the colonial protest against British taxation policy in the 1760s, leading to the American Revolution. The independent nation collected taxes on imports ("tariffs"), whiskey, and (for a while) on glass windows. States and localities collected poll taxes on voters and property taxes on land and commercial buildings. In addition, there were the state and federal excise taxes. State and federal inheritance taxes began after 1900, while the states (but not the federal government) began collecting sales taxes in the 1930s. The United States imposed income taxes briefly during the Civil War and the 1890s. In 1913, the 16th Amendment was ratified, permanently legalizing an income tax.