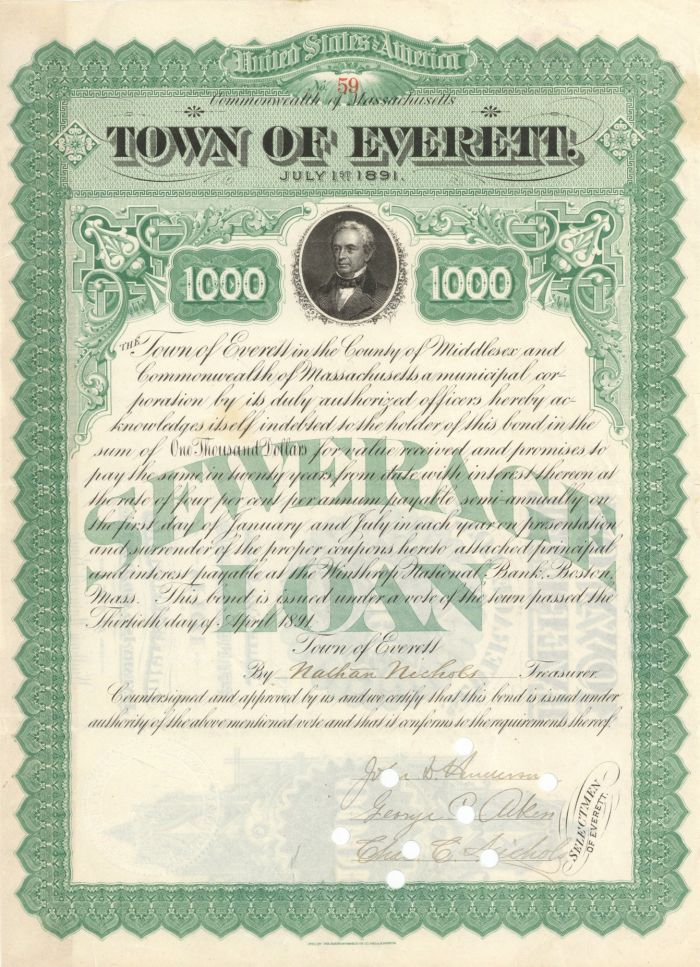 Edward Everett (April 11, 1794  January 15, 1865) was an American politician, Unitarian pastor, educator, diplomat, and orator from Massachusetts. Everett, as a Whig, served as U.S. Representative, U.S. Senator, the 15th Governor of Massachusetts, Minister to Great Britain, and United States Secretary of State. He also taught at Harvard University and served as its president. Everett was one of the great American orators of the antebellum and Civil War eras. He is often remembered today as the featured orator at the dedication ceremony of the Gettysburg National Cemetery in 1863, where he spoke for over two hoursimmediately before President Abraham Lincoln delivered his famous two-minute Gettysburg Address. The son of a pastor, Everett was educated at Harvard, and briefly ministered at Boston's Brattle Street Church before taking a teaching job at Harvard. The position included preparatory studies in Europe, so Everett spent two years in studies at the University of Göttingen, and another two years traveling around Europe. At Harvard he taught ancient Greek literature for several years before becoming involved in politics, and began an extensive and popular speaking career. He served ten years in the United States Congress before winning election as Governor of Massachusetts in 1835. As governor he introduced the state Board of Education, the first of its type in the nation. In 1831, he was elected as a member to the American Philosophical Society. After being narrowly defeated in the 1839 election, Everett was appointed Minister to Great Britain, serving until 1845. He next became President of Harvard, a job he quickly came to dislike. In 1849, he became an assistant to longtime friend and colleague Daniel Webster, who had been appointed Secretary of State. Upon Webster's death Everett served as Secretary of State for a few months until he was sworn in as U.S. Senator from Massachusetts. In the later years of his life, Everett traveled and gave speeches all over the country. He supported efforts to maintain the Union before the Civil War, running for Vice President on the Constitutional Union Party ticket in 1860. He was active in supporting the Union effort during the war and supported Lincoln in the 1864 election.