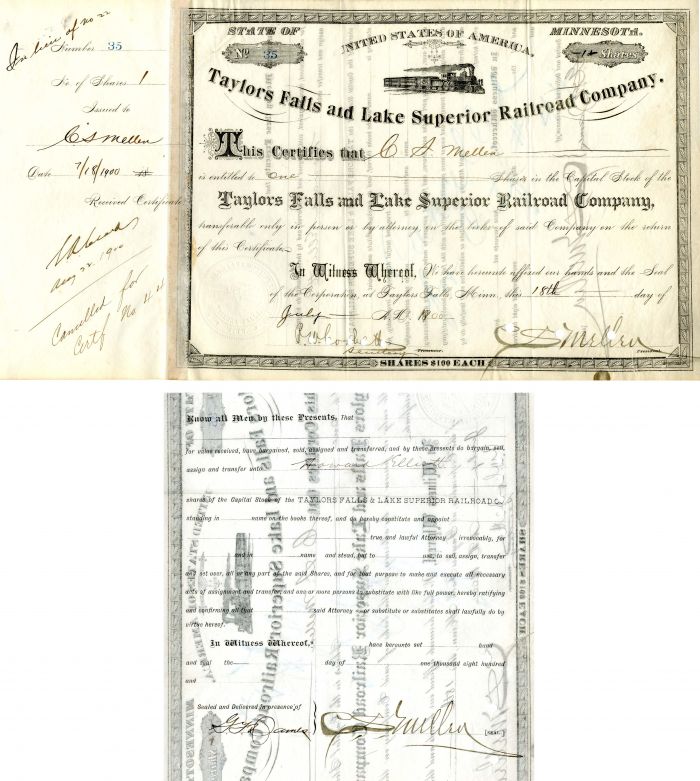 Stock issued to C. S. Mellen and signed as president on front and once on back. Transferred to Northern Pacific president Howard Elliott. Rare!