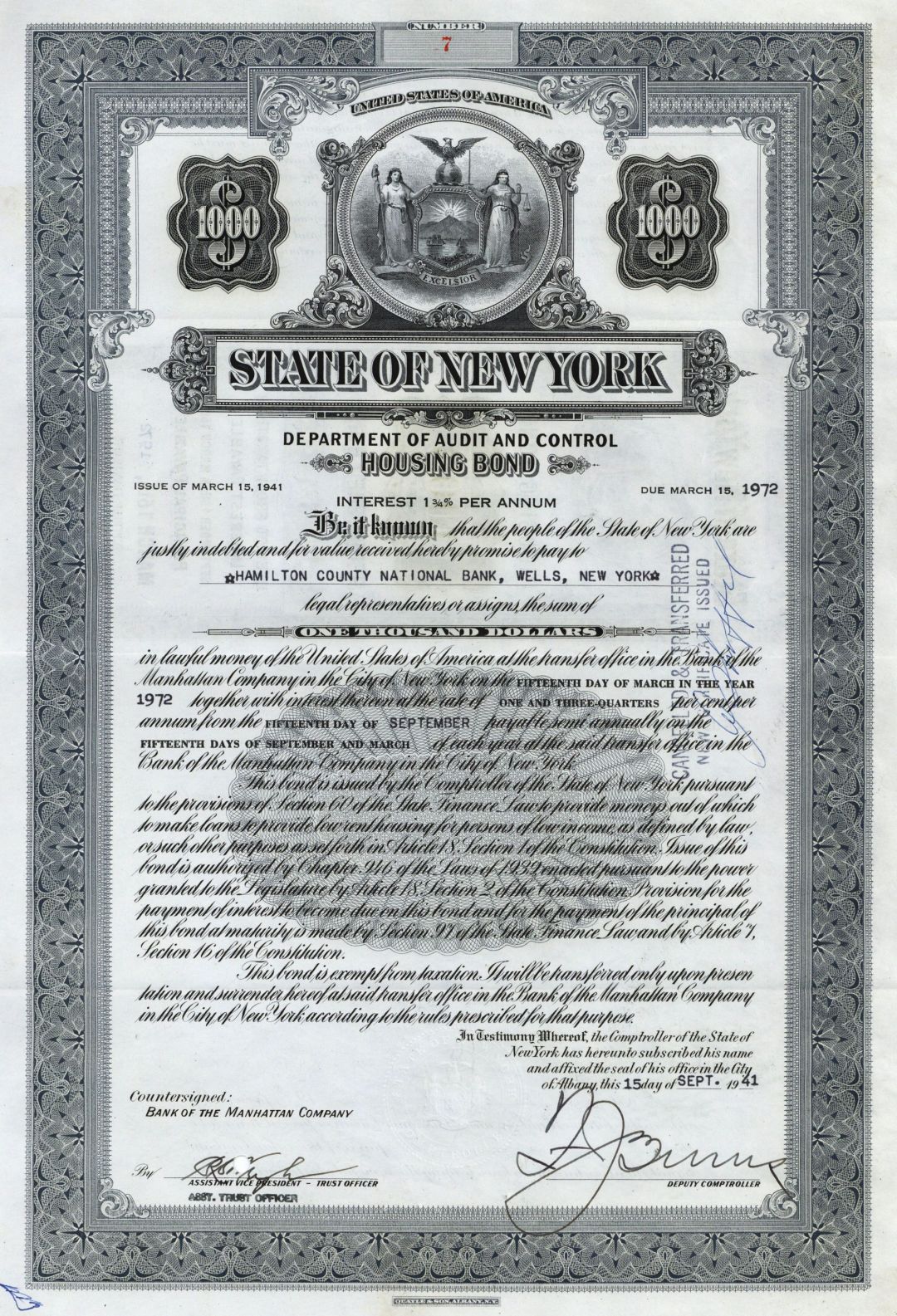 In 1776, the New York Provincial Congress appointed an Auditor-General to settle the public accounts. After his resignation, the Council of Appointment appointed an Auditor to succeed. In 1797, the office of the State Comptroller was created by the State Legislature to succeed the State Auditor. The Comptroller was appointed by the Council of Appointment to a one-year term, and could be re-appointed without term limit. In 1800, the Legislature reduced the salary of the Comptroller from $3,000 to $2,500, and Samuel Jones declined to be re-appointed.

Item ordered may not be exact piece shown. All original and authentic.
Email this to a friend
Request Info
Previous Item (State of NY - General State Improvements - $1,000, $5,000 or $10,000 Bond)    (State of NY-Loan For Barge Canal Terminals - Bond) Next Item