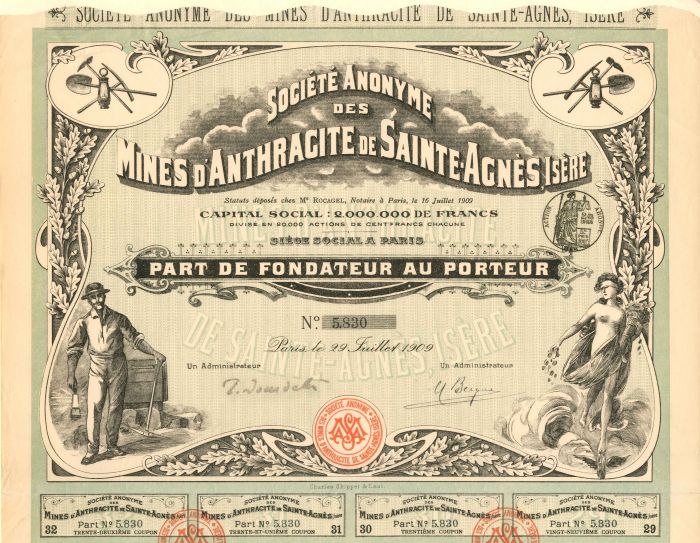 Anthracite, also known as hard coal, is a hard, compact variety of coal that has a submetallic luster. It has the highest carbon content, the fewest impurities, and the highest energy density of all types of coal and is the highest ranking of coals.

Anthracite is the most metamorphosed type of coal (but still represents low-grade metamorphism), in which the carbon content is between 86% and 98%. The term is applied to those varieties of coal which do not give off tarry or other hydrocarbon vapours when heated below their point of ignition. Anthracite ignites with difficulty and burns with a short, blue, and smokeless flame.

Anthracite is categorized into standard grade, which is used mainly in power generation, and high grade (HG) and ultra high grade (UHG), the principal uses of which are in the metallurgy sector. Anthracite accounts for about 1% of global coal reserves, and is mined in only a few countries around the world. China accounts for the majority of global production; other producers are Russia, Ukraine, North Korea, South Africa, Vietnam, the UK, Australia, Canada, and the United States. Total production in 2010 was 670 million tons.