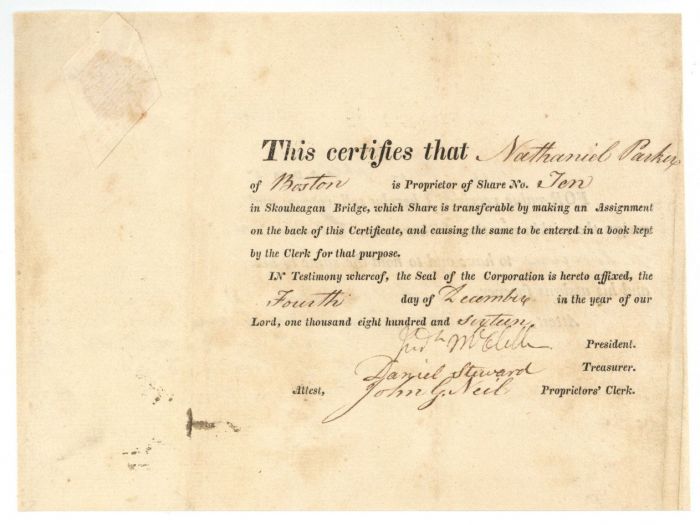 Years: 1816
Early Stock for the Skouheagan Bridge. 2 covered bridges over the Kennebec River in an area called Skouheagan. When the nearby town was incorporated later in 1823, it did so under the name Milburn. But locals continued to call the town by its area's original name and in 1836 it was renamed Skowhegan. Notice the simplified spelling! The town was part of Massachusetts until Maine became its own state in 1820.
Condition: Good