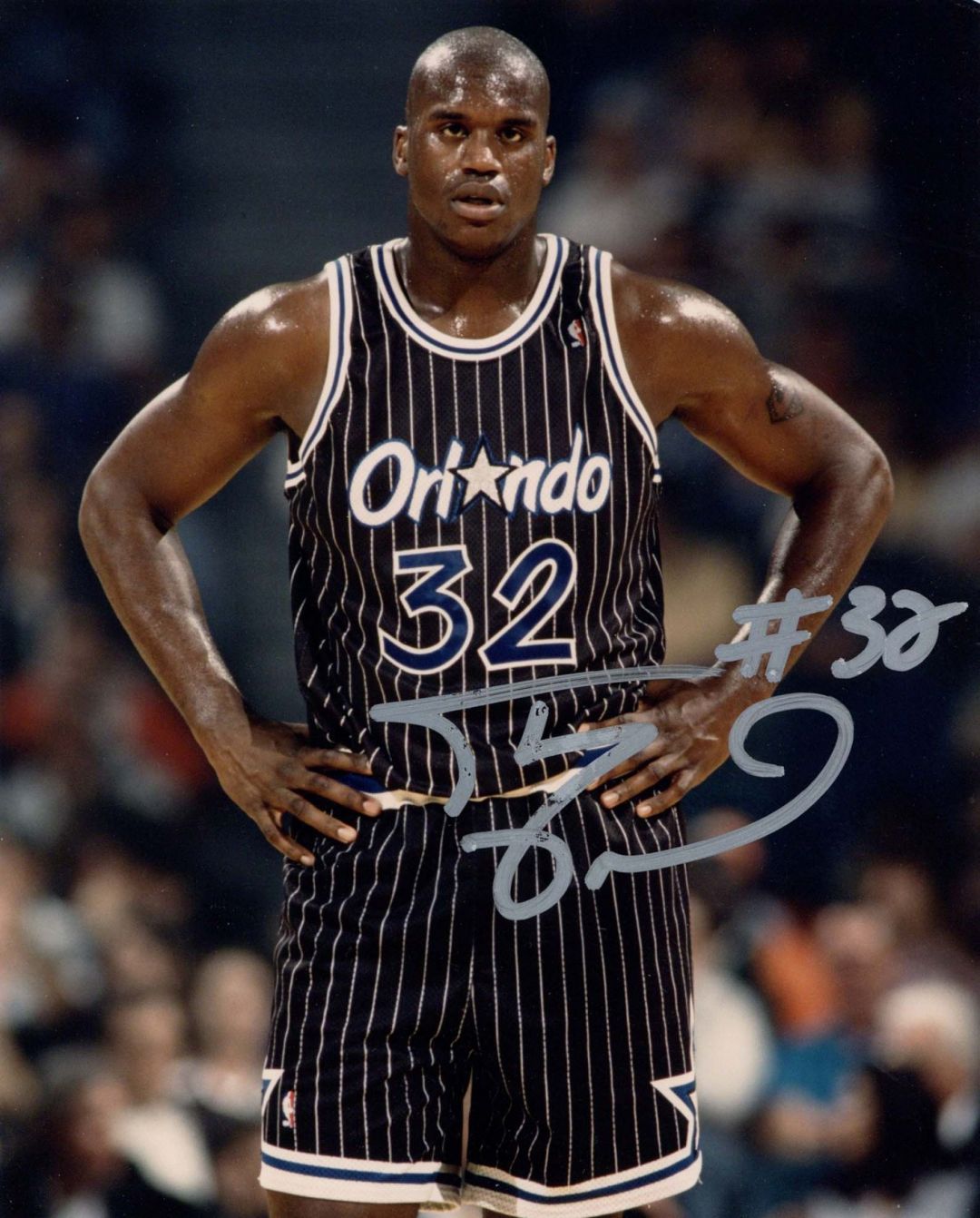 Portrait of and signed by Shaquille O'Neal.

Shaquille Rashaun O'Neal (/ʃəˈkiːl/ shə-KEEL; born March 6, 1972), known commonly as "Shaq" (/ʃæk/ SHAK), is an American former professional basketball player who is a sports analyst on the television program Inside the NBA. O'Neal is regarded as one of the greatest basketball players and centers of all time. He is a 7-foot-1-inch (2.16 m) and 325-pound (147 kg) center who played for six teams over his 19-year career in the National Basketball Association (NBA) and is a four-time NBA champion.

After playing college basketball for the LSU Tigers, O'Neal was drafted by the Orlando Magic with the first overall pick in the 1992 NBA draft. He quickly became one of the best centers in the league, winning Rookie of the Year in 199293 and leading his team to the 1995 NBA Finals. After four years with the Magic, O'Neal signed as a free agent with the Los Angeles Lakers. They won three consecutive championships in 2000, 2001, and 2002. Amid tension between O'Neal and Kobe Bryant, O'Neal was traded to the Miami Heat in 2004, and his fourth NBA championship followed in 2006. Midway through the 2007-2008 season he was traded to the Phoenix Suns. After a season-and-a-half with the Suns, O'Neal was traded to the Cleveland Cavaliers in the 200910 season. O'Neal played for the Boston Celtics in the 2010-11 season before retiring.

In addition to his basketball career, O'Neal has released four rap albums, with his first, Shaq Diesel, going platinum. O'Neal is also an electronic music producer, and touring DJ, known as DIESEL. He has appeared in numerous films and has starred in his own reality shows, Shaq's Big Challenge and Shaq Vs. He hosts The Big Podcast with Shaq. He was a minority owner of the Sacramento Kings from 2013 to 2022 and is the general manager of Kings Guard Gaming of the NBA 2K League.