Seattle and International Railway Company Issued to and signed by C.S. Mellen and Geo. H. Earl 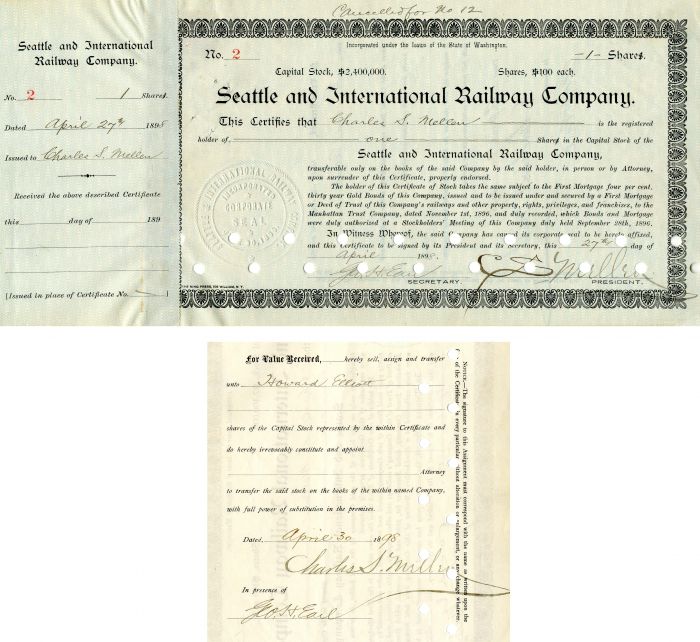 Stock issued to Charles S. Mellen and signed as president on front and in full on back. Signed twice by Geo. H. Earl as secretary and on the back. Transferred to Howard Elliott. Certificate #2! Extremely Rare!

Item ordered may not be exact piece shown. All original and authentic.
Email this to a friend
Request Info
Previous Item (Seattle and International Railway Company)    (Seattle and San Francisco Railway and Navigation Company - Stock Certificate) Next Item