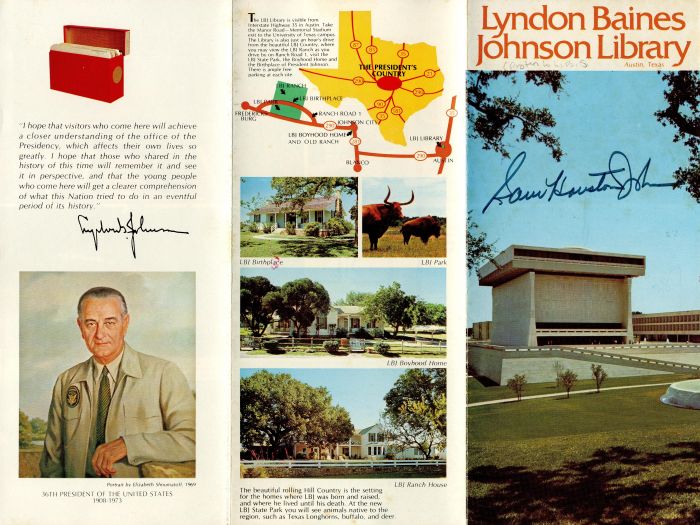 Samuel Houston Johnson (January 31, 1914  December 11, 1978) was an American businessman. He was the younger brother of President Lyndon B. Johnson. Sam Houston Johnson was born in Johnson City, Texas on January 31, 1914, to Samuel Ealy Johnson Jr. and Rebekah Baines. He attended Southwest Texas State Teachers College, as had his brother Lyndon, and the University of Texas at Austin. He received a law degree from Cumberland School of Law in 1934.

For most of his life Sam Houston Johnson was an aide and adviser to his older brother Lyndon B. Johnson; he was part of a network of supporters his brother used to maintain awareness of and control over political activities in Texas. When Lyndon Johnson was appointed Director of the National Youth Administration in Texas in the 1930s, Sam Houston Johnson replaced him as chief aide to Congressman Richard M. Kleberg.

Sam Houston Johnson later worked for the National Youth Administration in Texas. He also worked as an appraiser for the Federal Land Bank in Houston, and reported to his brother on its activities.

During World War II, Sam Johnson worked on the staff of the War Production Board. In addition, he was employed as a member of his brother's Senate staff, and worked on Lyndon Johnson's campaigns.

Besides working for and with his brother, Sam Houston Johnson also worked as an insurance executive and as the Mexico representative of a Texas international trucking company.

Sam Houston Johnson was an alcoholic. In his later years, his drinking, coupled with physical disability caused by a broken hip, limited his effectiveness as a member of his brother's organization.

In 1970 Johnson wrote a memoir, My Brother Lyndon, which praised his brother in most respects, but was critical in others.  At the time, Sam Houston Johnson indicated that he was estranged from his brother, but said his book was not the cause. The two reconciled before Lyndon Johnson's death.

According to published accounts, Sam Houston Johnson stopped drinking in 1972 and underwent a religious conversion, becoming a regular attendee at services of Austin's non-denominational Community Church.

Historian Robert Caro interviewed Sam Houston Johnson as one of his numerous sources while conducting research for The Years of Lyndon Johnson. According to Caro, he at first considered Sam Houston Johnson to be unreliable, largely as a result of his drinking. Caro said that he considered Johnson more credible in their subsequent encounters, largely because of his sobriety and religious conversion.