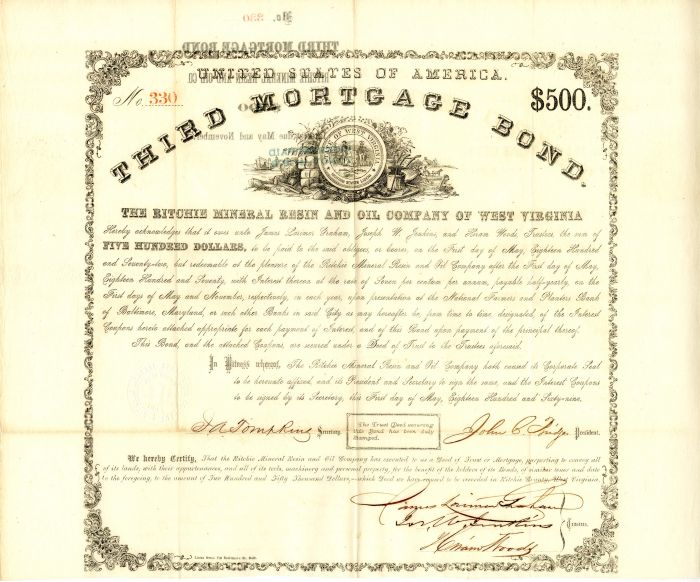 West Virginia is a state in the Appalachian, Mid-Atlantic and Southeastern regions of the United States. It is bordered by Pennsylvania to the northeast and east, Maryland to the east, northeast, and southeast, Virginia to the southeast, Kentucky to the southwest, and Ohio to the northwest. West Virginia is the 10th-smallest state by area and ranks as the 12th-least populous state, with a population of 1,793,716 residents. The capital and largest city is Charleston.

West Virginia became a state after the Wheeling Conventions of 1861, at the start of the American Civil War. Delegates from northwestern Virginia's Unionist counties decided to break away from Virginia, which also included secessionist counties in the new state. West Virginia was admitted to the Union on June 20, 1863, and was a key border state during the war. It was the only state to form by separating from a Confederate state, the second to separate from a state after Maine separated from Massachusetts, and one of two states (along with Nevada) admitted to the Union during the Civil War. Some of its residents held slaves, but most were yeoman farmers, and the delegates provided for the gradual abolition of slavery in the new state constitution. The state legislature abolished slavery in the state, and at the same time ratified the 13th Amendment abolishing slavery nationally on February 3, 1865.

West Virginia's Northern Panhandle extends adjacent to Pennsylvania and Ohio to form a tristate area, with Wheeling and Weirton just across the border from the Pittsburgh metropolitan area. Huntington in the southwest is close to Ohio and Kentucky, while Martinsburg and Harpers Ferry in the Eastern Panhandle region are considered part of the Washington metropolitan area, between Maryland and Virginia. West Virginia is often included in several U.S. geographical regions, including the Mid-Atlantic, the Upland South, and the Southeastern United States. It is the only state entirely within the area served by the Appalachian Regional Commission; the area is commonly defined as "Appalachia".

The state is noted for its mountains and rolling hills, its historically significant coal mining and logging industries, and its political and labor history. It is also known for a wide range of outdoor recreational opportunities, including skiing, whitewater rafting, fishing, hiking, backpacking, mountain biking, rock climbing, and hunting. From the Great Depression to the 1990s, the state voted heavily for the Democratic Party due to its tradition of union-based politics. Since then, the state has become heavily Republican, and is considered a "deep red" state at the federal level.

Other nominated names for the state included Vandalia, Kanawha, Appalachia, and Western Virginia. The capital was originally Wheeling, before switching to Charleston, moving back to Wheeling, and finally back to Charleston. The first governor was Arthur Boreman.

Item ordered may not be exact piece shown. All original and authentic.
OUT OF STOCK
Request re-stock notice?
Email this to a friend
Request Info
Previous Item (Town of Lincklaen War Loan - $100)    (Jersey City Unpaid Taxes) Next Item