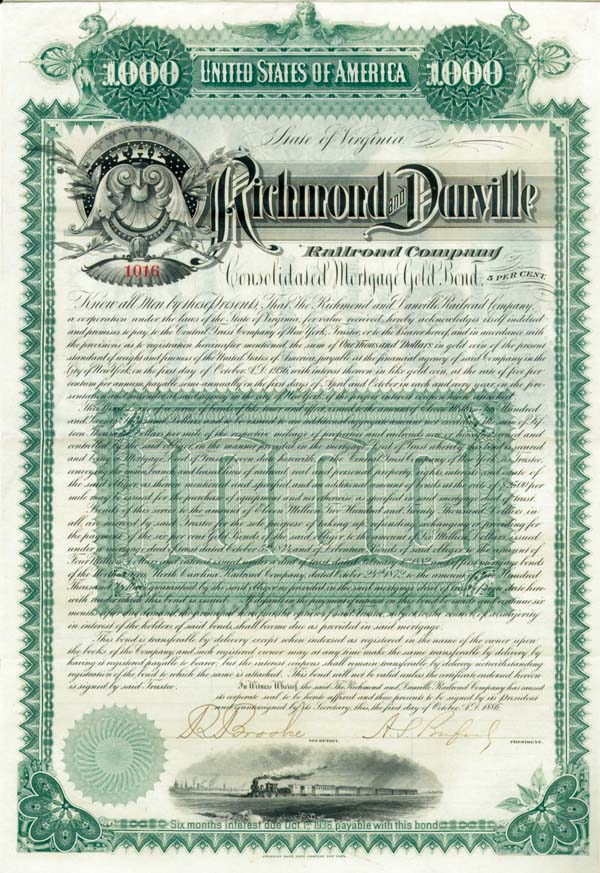 The Richmond and Danville Railroad (R&D) Company was a railroad that operated independently from 1847 until 1894, first in the U.S. state of Virginia and later on 3,300 miles (5,300 km) of track in nine states.

Placed in receivership in 1892, the Richmond and Danville Railroad Company was sold in 1894 and conveyed into the new Southern Railway Company in 1896 and 1897.