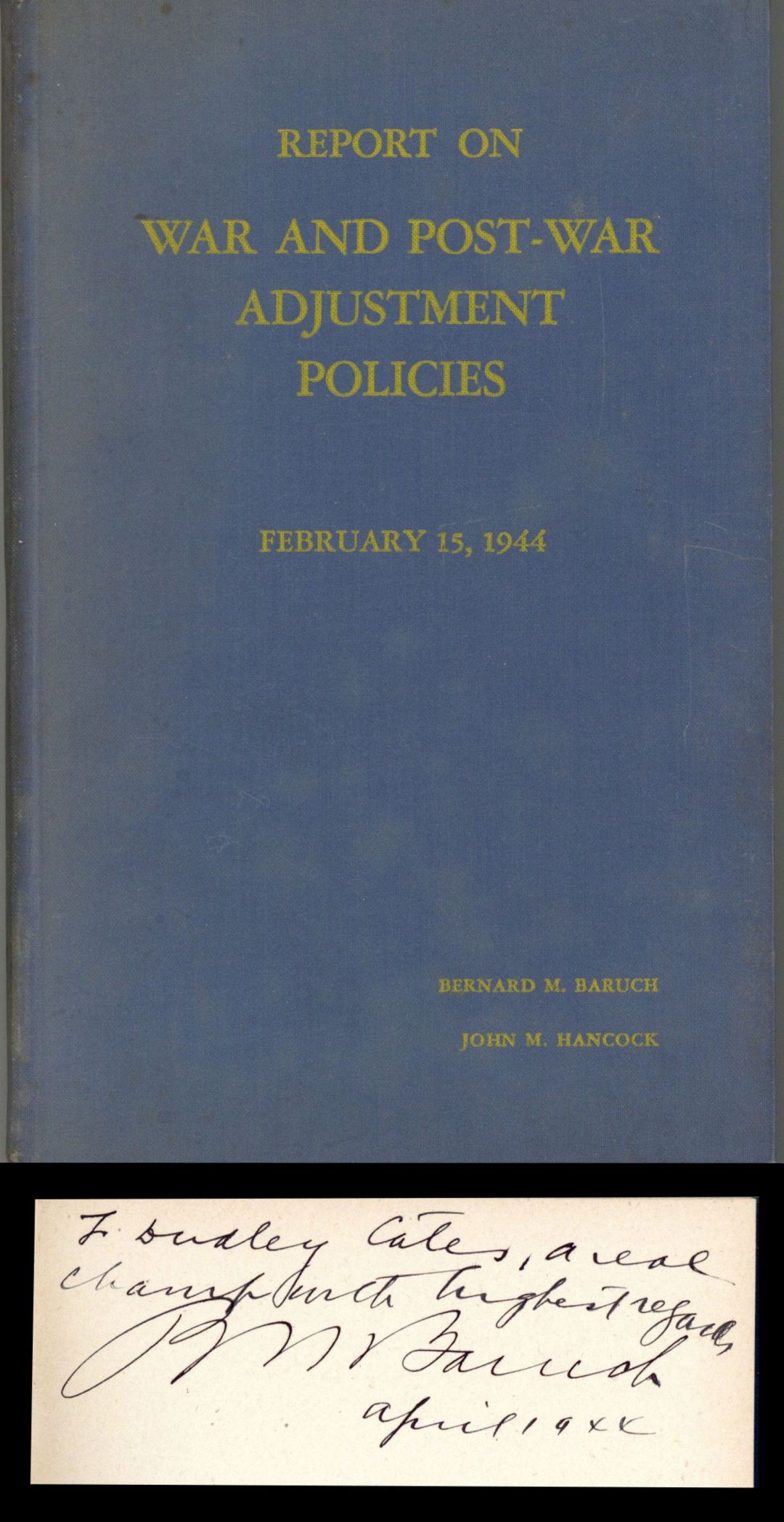 Bernard M. Baruch (1870-1965), American Businessman and Statesman. In brokerage business, NY City. Appointed by President Wilson as a member of the Advisory Commission of Counsel for National Defense, (1916) and many other government posts. Later in the 30s & 40s was appointed to various committees by President Roosevelt. Wrote several books and was a respected advisor to several Presidents. Printed by the U.S. Government Printing Office, 1944. 108pp. A report on war and post-war adjustment policies. Bold Autographed Inscription at front. Slight wear. Very Good Condition.

Item ordered may not be exact piece shown. All original and authentic.
Email this to a friend
Request Info
Previous Item (Norman Rockwell - My Adventures as an Illustrator)    (Jimmy and Rosalyn Carter - Everything to Gain: Making the Most of the Rest of Your Life - Autographed Books) Next Item