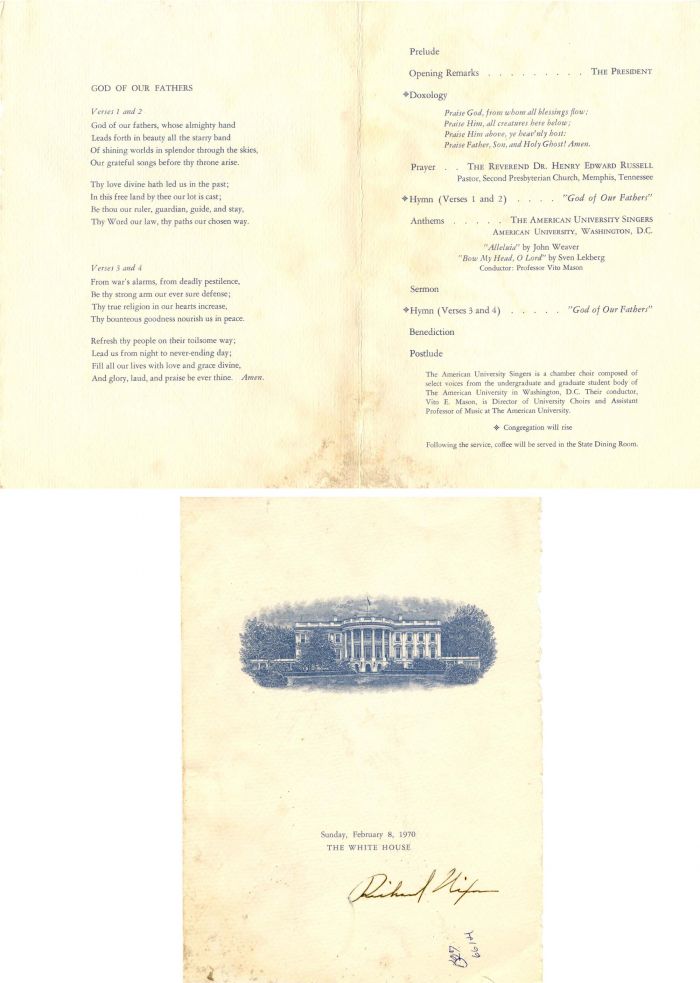 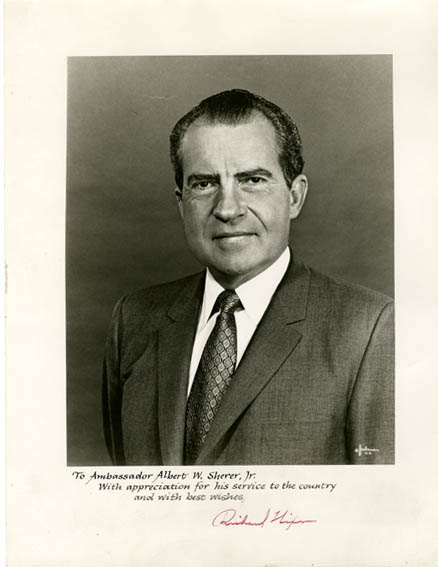 Richard Milhous Nixon (January 9, 1913  April 22, 1994) was an American politician who served as the 37th president of the United States from 1969 until his resignation in 1974. The only president to resign from the office, he previously served as the nation's 36th vice president from 1953 to 1961, and as a representative and senator from California. Nixon was born in Yorba Linda, California. He completed his undergraduate studies at Whittier College, then graduated from Duke University School of Law in 1937 and returned to California to practice law. He and his wife Pat moved to Washington in 1942 to work for the federal government. He served on active duty in the Navy Reserve during World War II. He was elected to the House of Representatives in 1946 and to the Senate in 1950. His pursuit of the Hiss Case established his reputation as a leading anti-Communist and elevated him to national prominence. He was the running mate of Dwight D. Eisenhower, the Republican Party presidential nominee in the 1952 election, and he served for eight years as vice president, becoming the second-youngest vice president in history at age 40. He waged an unsuccessful presidential campaign in 1960, narrowly losing to John F. Kennedy, and he lost a race for governor of California to Pat Brown in 1962. In 1968, he ran for the presidency again and was elected, defeating Vice President Hubert Humphrey. Nixon ended American involvement in the war in Vietnam in 1973, ending the military draft that same year. Nixon's visit to China in 1972 eventually led to diplomatic relations between the two nations, and he initiated détente and the Anti-Ballistic Missile Treaty with the Soviet Union the same year. His administration generally transferred power from federal control to state control. He imposed wage and price controls for 90 days, enforced desegregation of Southern schools, established the Environmental Protection Agency, and began the War on Cancer. He also presided over the Apollo 11 moon landing, which signaled the end of the moon race. He was re-elected in one of the largest electoral landslides in American history in 1972 when he defeated George McGovern. In his second term, Nixon ordered an airlift to resupply Israeli losses in the Yom Kippur War, leading to the oil crisis at home. By late 1973, the Watergate scandal escalated, costing Nixon much of his political support. On August 9, 1974, he resigned in the face of almost certain impeachmentthe only time that an American president has done so. After his resignation, he was issued a controversial pardon by his successor Gerald Ford. In 20 years of retirement, Nixon wrote his memoirs and nine other books and undertook many foreign trips, helping to rehabilitate his image into that of an elder statesman. He suffered a debilitating stroke on April 18, 1994, and died four days later at age 81.