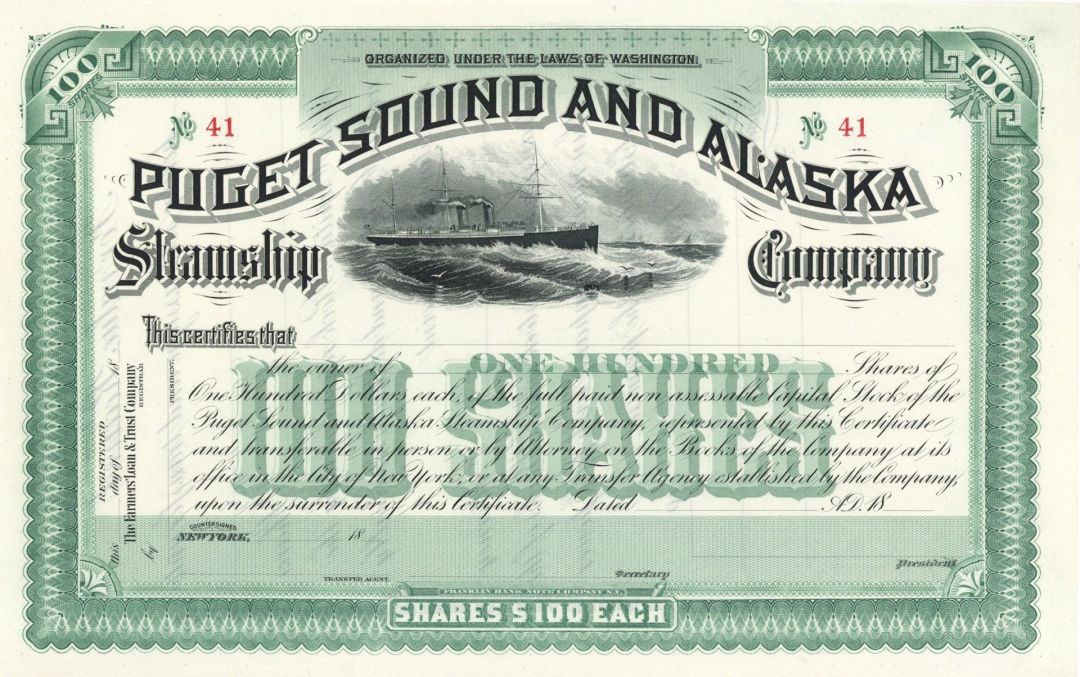 Operating from 1889-1904 as a subsidiary of the Northern Pacific Railroad, the company ran a steamship line from Tacoma servicing Puget Sound and Alaska. A number of prominent investors owned shares in the company such as John D. Rockefeller and William Rockefeller.