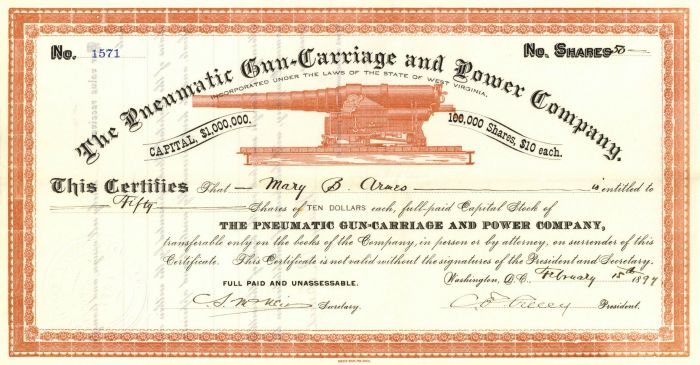 Stock printed by Gibson Brothers, Washington. Similar to item #GN1006, except gun is pointing in opposite direction. Worthy of further research. Exceptional!