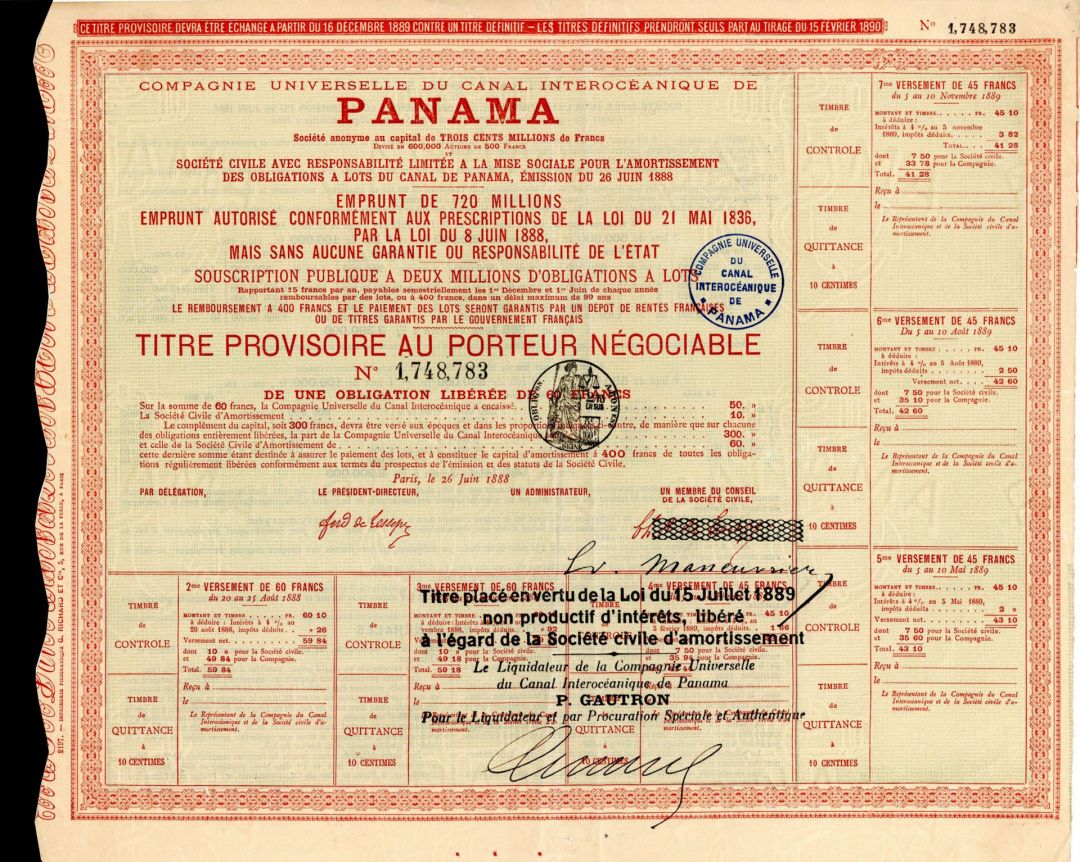 60 Francs Bond. Historically important provisional bond. Quite a complex piece with much detail at front and back. Scarce and exciting!

The idea of the Panama Canal dates back to 1513, when Vasco Núñez de Balboa first crossed the isthmus of Panama. The narrow land bridge between North and South America was a fine location to dig a water passage between the Atlantic and Pacific Oceans. The earliest European colonists recognized this, and several proposals for a canal were made.

By the late nineteenth century, technological advances and commercial pressure allowed construction to begin in earnest. Noted canal engineer Ferdinand de Lesseps led the initial attempt by France to build a sea-level canal. Beset by cost overruns due to the severe underestimation of the difficulties in excavating the rugged terrain, heavy personnel losses to tropical diseases, and political corruption in France surrounding the financing of the massive project, the canal was only partly completed.

Interest in a U.S.-led canal effort picked up as soon as France abandoned the project. Initially, the Panama site was politically unfavorable in the U.S. for a variety of reasons, including the taint of the failed French effort and the unfriendly attitude of the Colombian government (at the time, the owner of the land) towards the U.S. continuing the project. The U.S. first sought to construct a canal through Nicaragua instead. Read more at https://en.wikipedia.org/wiki/History_of_the_Panama_Canal