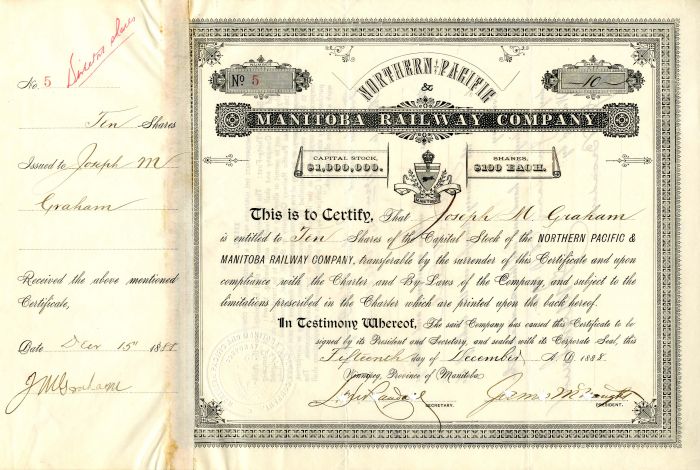 Manitoba (/ˌmænɪˈtoʊbə/) is a province of Canada at the longitudinal centre of the country. It is Canada's fifth-most populous province, with a population of 1,342,153 as of 2021, of widely varied landscape, from arctic tundra and the Hudson Bay coastline in the north to dense boreal forest, large freshwater lakes, and prairie grassland in the central and southern regions.

Indigenous peoples have inhabited what is now Manitoba for thousands of years. In the early 17th century, British and French fur traders began arriving in the area and establishing settlements. The Kingdom of England secured control of the region in 1673 and created a territory named Rupert's Land, which was placed under the administration of the Hudson's Bay Company. Rupert's Land, which included all of present-day Manitoba, grew and evolved from 1673 until 1869 with significant settlements of Indigenous and Métis people in the Red River Colony. In 1869, negotiations with the Government of Canada for the creation of the province of Manitoba commenced. During the negotiations, several factors led to an armed uprising of the Métis people against the Government of Canada, a conflict known as the Red River Rebellion. The resolution of the conflict and further negotiations led to Manitoba becoming the fifth province to join Canadian Confederation, when the Parliament of Canada passed the Manitoba Act on July 15, 1870.

Manitoba's capital and largest city is Winnipeg, the seventh most populous municipality in Canada. Winnipeg is the seat of government, home to the Legislative Assembly of Manitoba and the Provincial Court. Four of the province's five universities, all four of its professional sports teams, and most of its cultural activities (including Festival du Voyageur and Folklorama) are located in Winnipeg. The city has train and bus stations and an international airport; a Canadian Forces base, CFB Winnipeg, operates from the airport and is the regional headquarters of the North American Aerospace Defense Command.