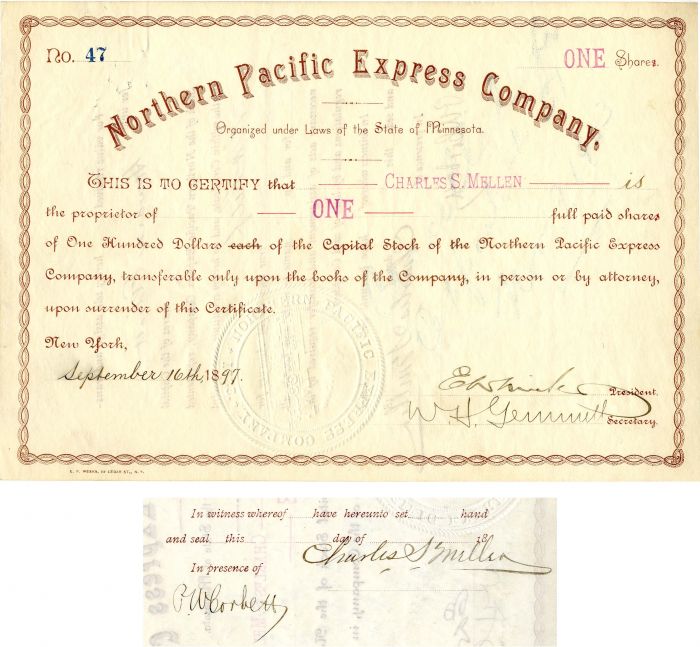 Stock issued to Charles S. Mellen and signed on back. Rare full signature!