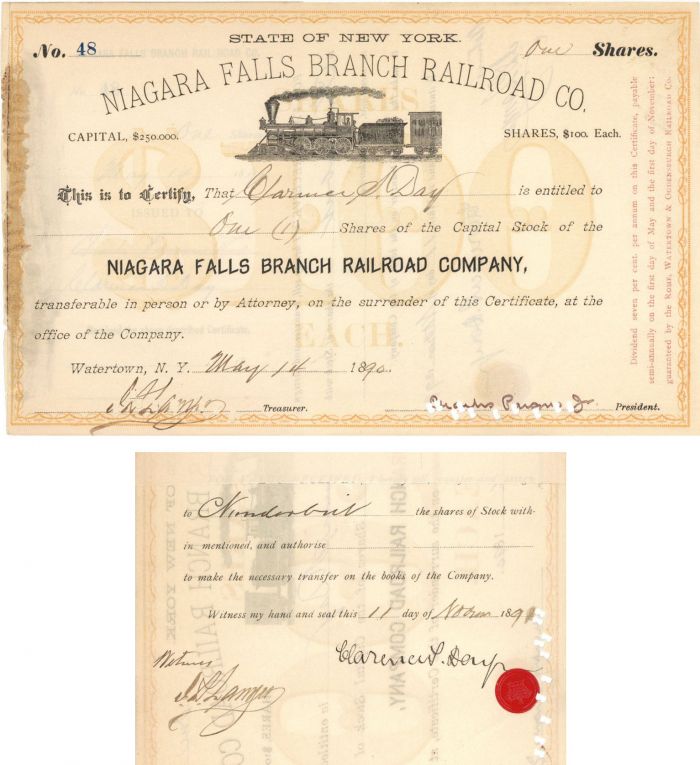 Stock transferred on back to C. Vanderbilt but not signed. Very Rare!