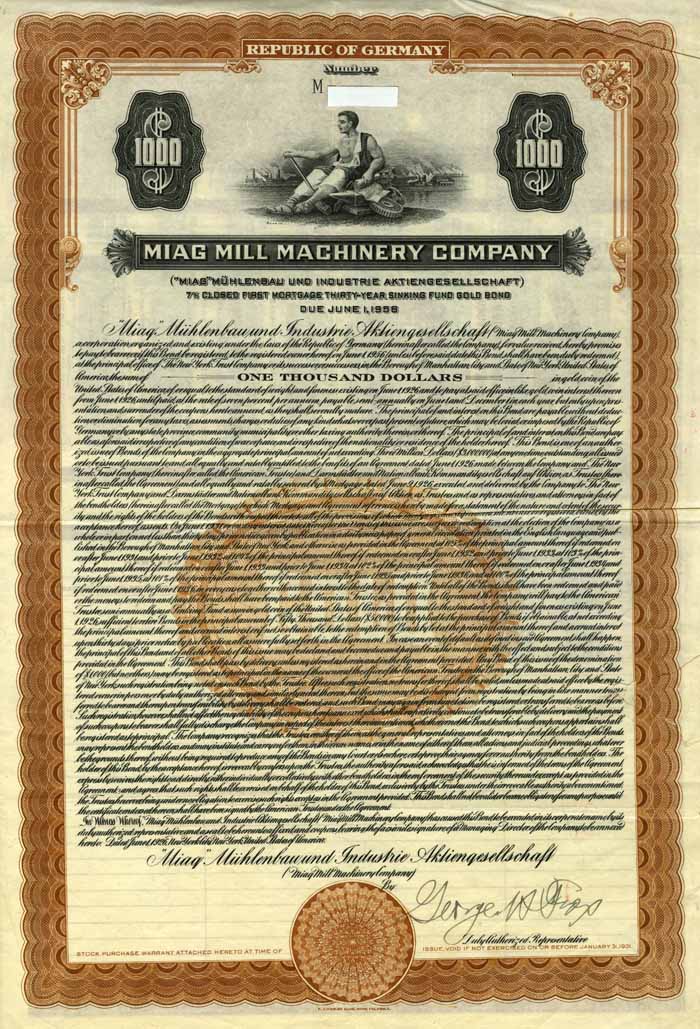 The MIAG Mühlenbau und Industrie Aktiengesellschaft was a mechanical engineering company from Braunschweig, Germany which was acquired by Bühler in Uzwil, Switzerland in 1972.

The company was founded in 1925 in Frankfurt am Main from the merger of the resident Hugo Greffenius AG with four other grain mill manufacturers:

Item ordered may not be exact piece shown. All original and authentic.
Email this to a friend
Request Info
Previous Item (State of Bremen (Uncanceled))    (Konigreich Westphalen (Kingdom of Westphalia) - "Napoleon") Next Item