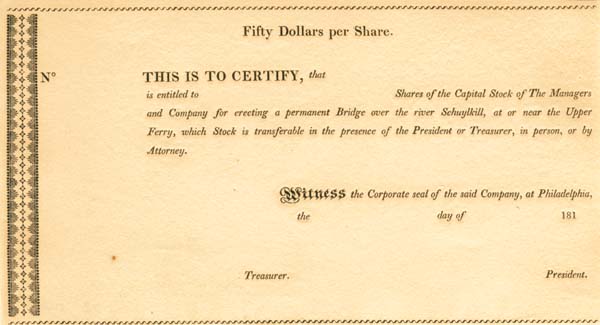 Philadelphia, PA, 181-, Unissued Stock for "erecting a permanent Bridge over the river Schuylkill."