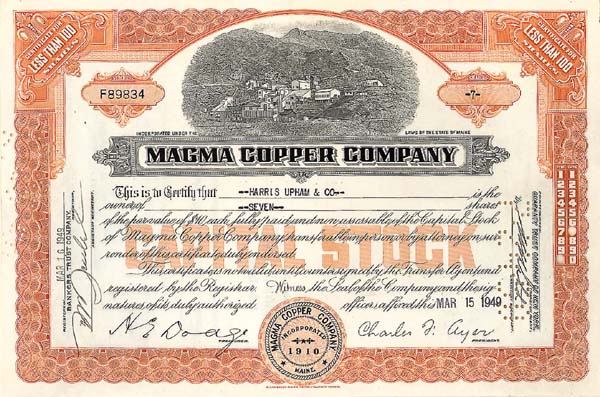 Among the earliest inhabitants of the area in which Superior is located were the Native Americans of the Apache Tribe, Pascua Yaqui Tribe and the Tohono O'odham Nation. During the 1870s, at the height of the American Indian Wars, a company of Apache horsemen were ambushed by the US cavalry. After losing 50 men; the Apache retreated up a mountain located within the boundaries of what in the future would become Superior. Accepting defeat; the remaining 75 Apache Warriors leaped to their death rather than being captured by the US Army and therefore the mountain became known as the Apache Leap Mountain. It wasn't long before the first prospectors in search of gold arrived. Prospector Charles Mason staked the first claims in 1875. In 1880, the Silver Queen Mining Company was organized and in 1882 the town of Hastings was founded and platted in 1900. Owners of a successful silver mine named their mine "Lake Superior". These stockholders were originally from Michigan. The "Lake Superior Mine" was the main contributor to the area's economy and therefore in 1902, the community changed the name of Hastings to Superior after the mine.

One of the outcomes World War I and World War II was the increased demand of copper and as such the town flourished. However, by the 1980s the main mining operations were moved to the nearby town of Miami. The Magma Copper Company's smelter, with the exception of the historic smelter stack, was demolished.