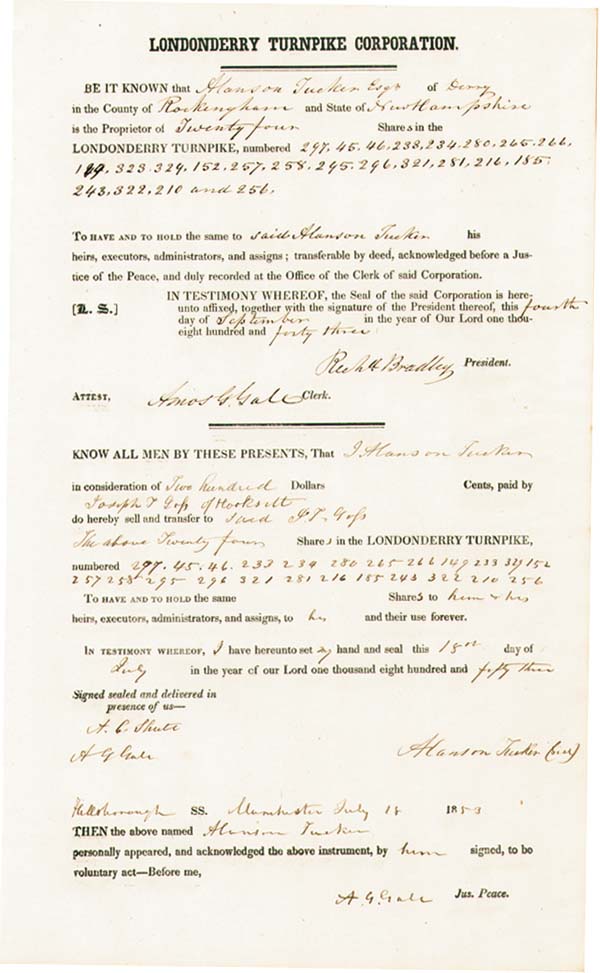 New Hampshire Route 28 is an 85.413-mile-long (137.459 km) northsouth state highway in eastern New Hampshire. It connects the town of Ossipee in east-central New Hampshire with Salem on the Massachusetts border, while passing through Manchester, the largest city in the state.

New Hampshire Route 28 begins at the Massachusetts border in Salem, New Hampshire, as a continuation of Massachusetts Route 28. It is known locally as Broadway and forms the main north-south commercial street through Salem. It meets the northern terminus of NH 38 at Rockingham Park Boulevard and the western terminus of NH 97 at Main Street. Crossing into the town of Windham, the name changes to Rockingham Road and there is an intersection with NH 111 just past the town line. Leaving Windham at the northern border of town, it enters the town of Derry. At Main Street it meets the southern terminus of New Hampshire 28 Bypass, and Rockingham Road makes a hard left turn, heading slightly southwest. At the intersection with Birch Street, NH 28 turns right back to the northwest along Birch Street, which changes its name to Crystal Avenue at the intersection with NH 102/Broadway. At Tsienneto Road, the name changes again to Manchester Road, and NH 28 leaves Derry to the west into Londonderry.

In Londonderry, the name changes back to Rockingham Road. Initially heading west, the route bends to the north at Stonehenge Road, then west again for an interchange with I-93 (exit 5). NH 28 merges onto Mammoth Road, where the northern terminus of NH 128 is. It leaves Mammoth Road upon entering the city of Manchester, which continues on as the southern NH 28A, while NH 28 turns onto South Willow Street. Passing the Manchester Airport and the Mall of New Hampshire, there is an interchange with I-293 (exit 1). In downtown Manchester, at the intersection with Queen City Avenue/Cilley Road, NH 28 passes on to a pair of one-way streets, Beech Street southbound and Maple Street northbound. At Webster Street, NH 28 joins U.S. Route 3 for a concurrency along Daniel Webster Highway, leaving at Manchester's northeastern corner to the village of South Hooksett within the town of Hooksett, where it has another interchange with I-93 (exit 9) at the city line.

NH 28 and US 3 remain in concurrency through the entire town of Hooksett, following Daniel Webster Highway through the South Hooksett commercial district and closely following the eastern bank of the Merrimack River. Both NH 28A (Mammoth Road) and New Hampshire 28 Bypass (Londonderry Turnpike) have their northern termini within Hooksett. Between the two of them lies the western terminus of NH 27. Leaving Hooksett at the northern end of town, NH 28/US 3 crosses into the village of Suncook within the town of Allenstown. Leaving US 3 along Pinewood Road just before the Suncook River, NH 28 heads off in a northeasterly direction towards the main village of Allenstown before crossing the Suncook River and going through the extreme eastern corner of Pembroke and entering the town of Epsom.

At the Epsom line, the name changes to Suncook Valley Highway, as it closely follows the Suncook River's west bank. In the main village of Epsom, it meets US 202/US 4/NH 9 (Franklin Pierce Highway) at a large traffic circle. Next entering the North Chichester village of Chichester, the road curves from the northwest to the northeast and changes name to Suncook Valley Road. After its brief pass through Chichester, the road enters the town of Pittsfield, and skirting the western edge of the main village of Pittsfield, there is an intersection with NH 107. In Barnstead, NH 28 meets the northern terminus of NH 126 in the village of Center Barnstead. Passing by the Suncook Lakes that form the headwaters of the Suncook River, NH 28 enters the Lakes Region town of Alton after passing the northern shore of Halfmoon Lake, another source for the Suncook River.

In Alton, Suncook Valley Road meets its northern terminus in the main village of Alton at a traffic circle with NH 11/NH 28A, leaving the traffic circle along Wolfeboro Highway, going north, and then northeast, roughly following the eastern shore of Lake Winnipesaukee, meeting the northern end of NH 28A about halfway to the South Wolfeboro village of the town of Wolfeboro. At South Wolfeboro, NH 28 turns left at a T-intersection to travel along Tuftonboro Road, which changes its name to Main Street, passing through the main village of Wolfeboro. In the center of Wolfeboro Village, NH 28 leaves Main Street to join a concurrency with NH 109 along Center Street, meeting the southern terminus of NH 109A (Elm Street) in the village of Wolfeboro Falls. In the village of Wolfeboro Center, just north of Lake Wentworth, NH 109 leaves to the southeast along Governor John Wentworth Highway, while NH 28 continues straight along Center Street to the northeast. Entering the town of Ossipee at the village of Ossipee Corner, NH 28 meets the eastern terminus of NH 171 before reaching its own northern terminus at NH 16 (White Mountain Highway).

New Hampshire Route 28A (abbreviated NH 28A) is a designation held by two northsouth state highways in New Hampshire.

The northern segment of NH 28A is a 3.716-mile-long (5.980 km) loop road in the town of Alton. It splits off from NH 28, runs north along the shore of Alton Bay, an arm of Lake Winnipesaukee, then rejoins NH 28. For about one-third of its length, NH 28A runs concurrent to New Hampshire Route 11.