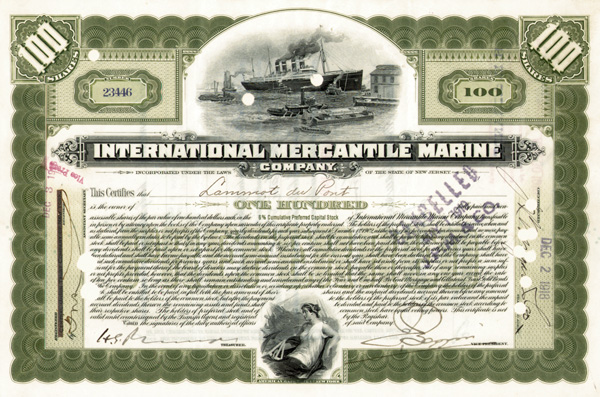 Lammot du Pont born 1880. MIT graduate who learned the trade of black powderman at Brandywine. Took over the Presidency of the company from Irenee in 1926. Held that post until 1940. Stock 1917-18 issued to & signed at back by Lammot. American Bank Note NY. Rare!!