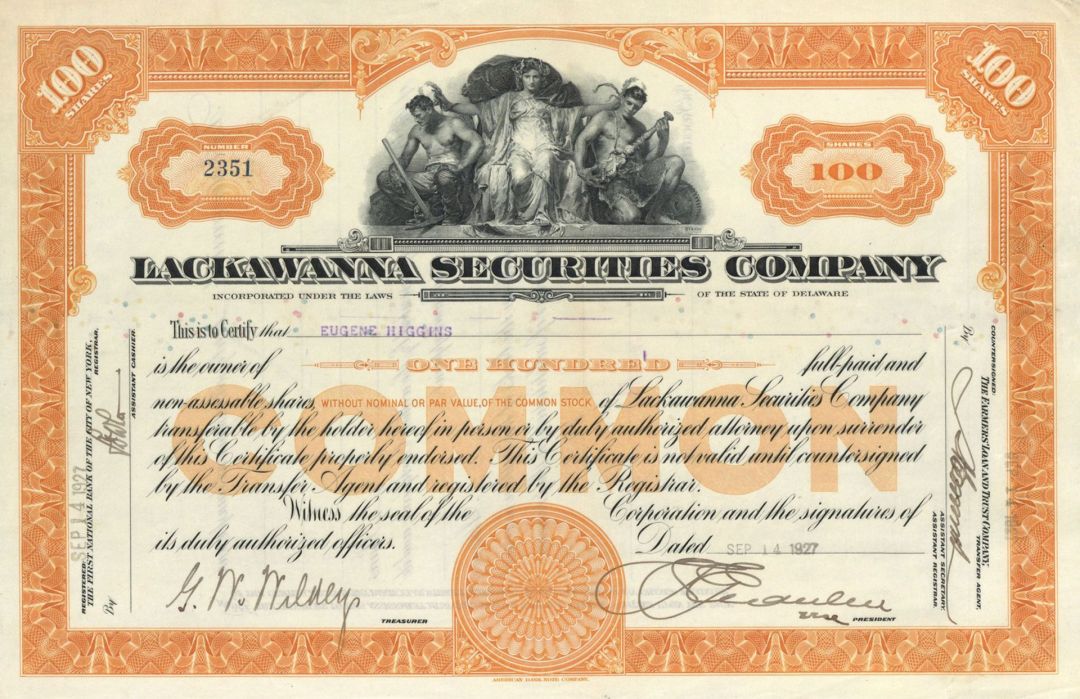 General Stock printed by American Bank Note Company. Superb vignette of female figure with a male at each side! Rare!!! Please specify Color.

Item ordered may not be exact piece shown. All original and authentic.
Email this to a friend
Request Info
Previous Item (Muscatine Cattle Co.)    (Omaha Livestock Traders Exchange - Certificate of Membership) Next Item