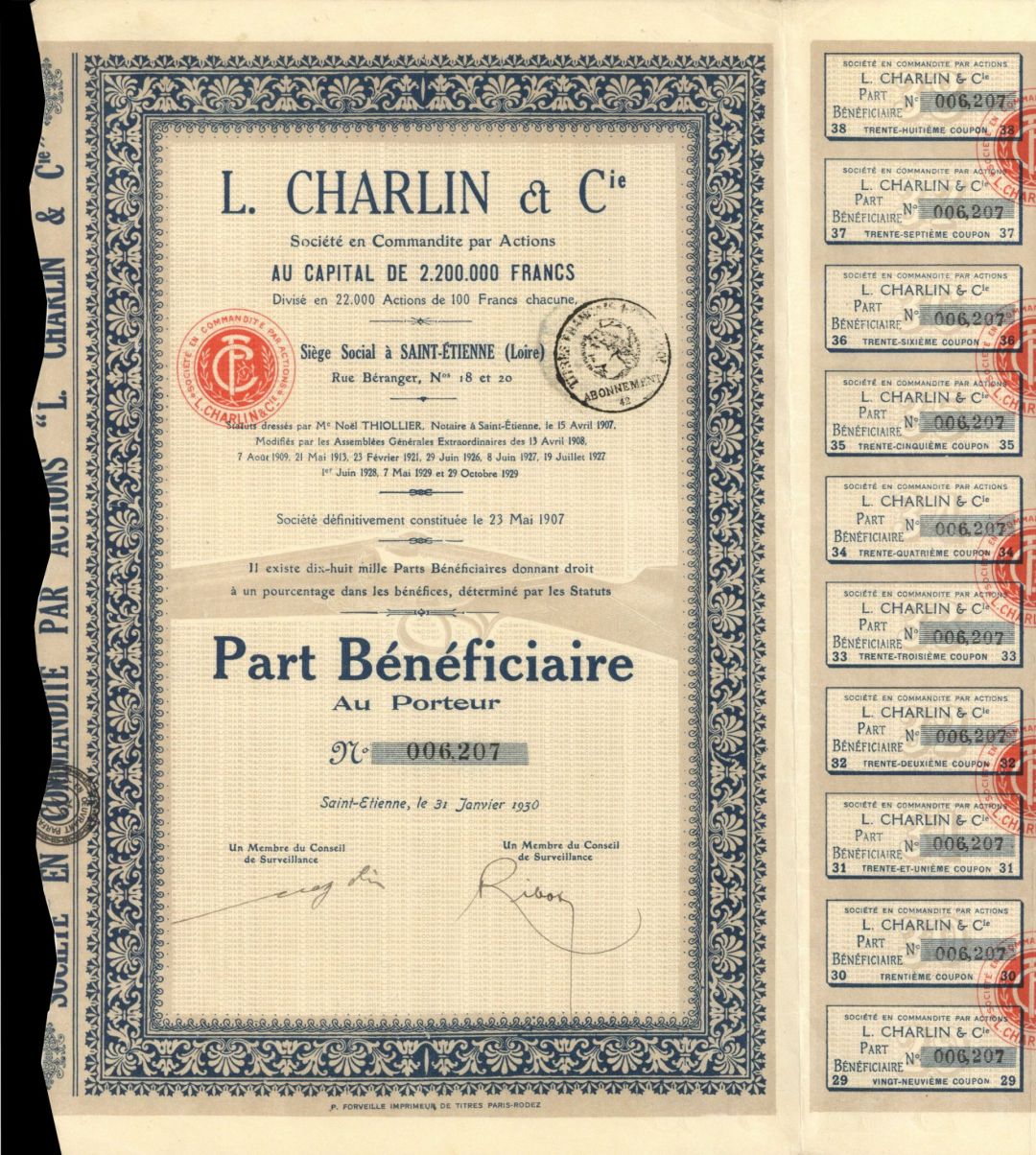 A breechblock (or breech block) is the part of the firearm action that closes the breech of a breech loading weapon (whether small arms or artillery) before or at the moment of firing. It seals the breech and contains the pressure generated by the ignited propellant. Retracting the breechblock allows the chamber to be loaded with a cartridge.

Item ordered may not be exact piece shown. All original and authentic.
Email this to a friend
Request Info
Previous Item (Winchester Repeating Arms Co. issued to Wells Fargo Bank and Union Trust Co., Trustee under the will of Sarah Lockwood Winchester as Deceased - Gun Stock Certificate)