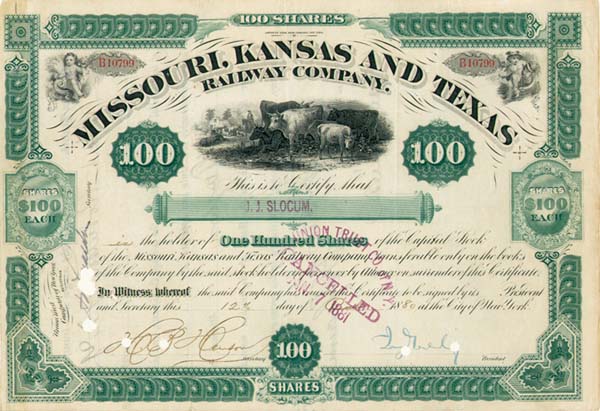 Jay Gould (1836-1892) Financier. As a youth, was involved in surveying and showed precocious skill in money-making. He began speculating in railroads post 1860. His operations became spectacular when in 1867 with James Fisk he became a director of the Erie Railroad, of which Daniel Drew was treasurer and controlling agent. In the ensuing struggle for control with Cornelius Vanderbilt, Gould supplied the strategic imagination. Defying a court injunction, Gould, Fisk and Drew broke Vanderbilt's attempted corner by flinging 50,000 Erie shares on the market in March 1868. Gould, by lavish bribes, then effected passage of a bill by the New York legislature legalizing the recent issue of Erie stock and forbidding union of the Erie and the New York Central. This all led to the 1869 attempt to corner the gold market, bringing on the disastrous panic of Black Friday (September 24). By 1890 he owned half of the railroad mileage in the Southwest. He was practically full owner of the New York City elevated railways, and controlled the Western Union Telegraph Co. 1880's Stock neatly hole and stamp cancelled, Signature at front as President. Very Fine Condition. A nice portrait of Gould is included. Nicer than normally found. Popular!