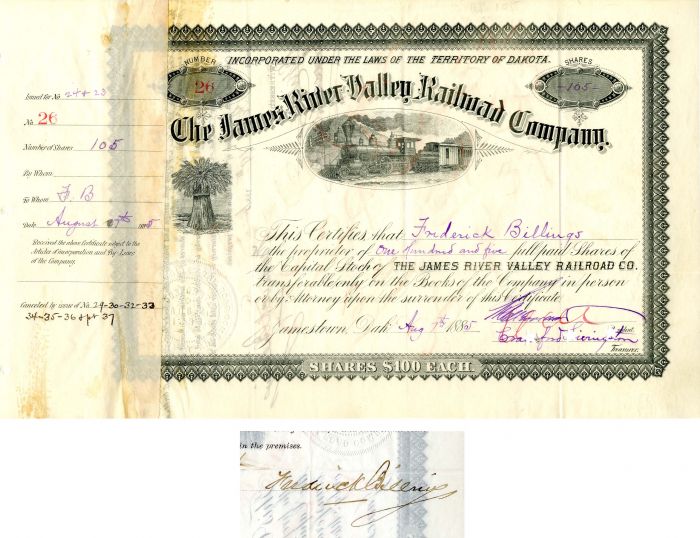 Stock Issued to and signed by Frederick Billings on back. Also signed by W.R. Merriam and Crawford Livingston. 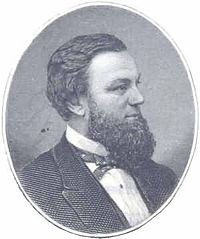