J. Paul Getty - Oklahoma Oil Corporation - The Man behind the Movie "All the Money in the World" - Stock Certificate 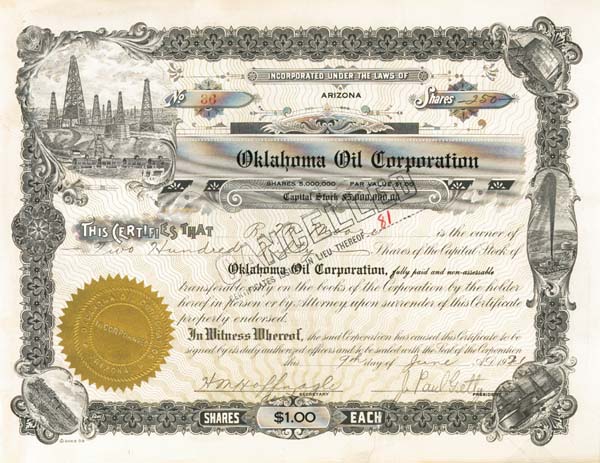 J. Paul Getty (1892-1976), Businessman and noted Art Collector. He became one of the richest people in the world. Getty made his fortune, which may have totaled as much as $4 billion, in the petroleum business. His financial empire included the Getty Oil Company, Skelly Oil Company, and many smaller firms. He began his career in 1909 as a worker in the oil fields near Bartlesville, Okla. He made his first million dollars when he was 23 years old. This 1920s stock has a typical cut cancellation at the signature but shows no paper loss. Great eye appeal! Rare!

Available with a Cut Cancellation at a lesser price. Inquire if interested.