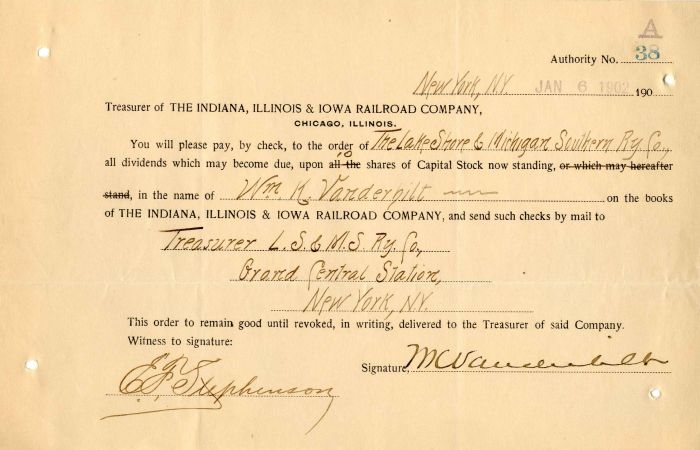 Pay order signed by Wm. K. Vanderbilt. Only 1 issued to him!