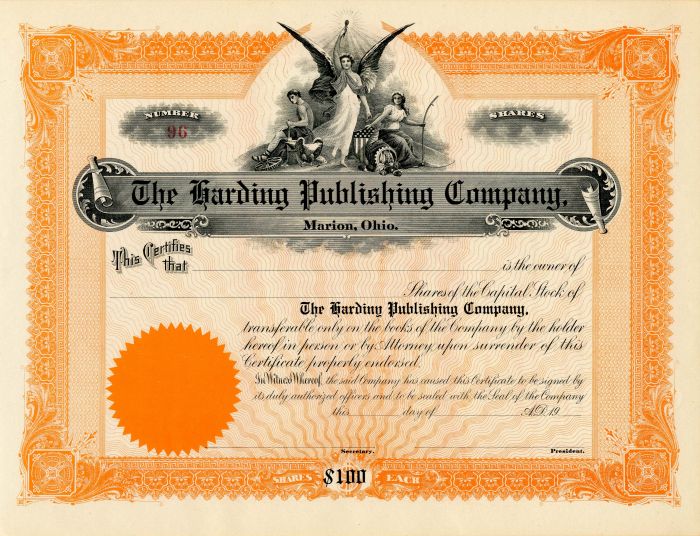 Years: 19--
Unissued Stock. President Harding owned this Newspaper Publishing Company. This certificate was part of the only book of stock certificates where few were actually signed by Warren G. Harding himself. Presidents of the United States are rarely found as signers of stocks or bonds. Harding Publishing is the only known instance of a future President of the United States signing as president of his own corporation. The Harding Publishing Company owned The Marion Star, the newspaper that Harding edited. It helped Harding dominate local affairs, and served as a springboard for Harding's political career. He retained ownership through his Presidential term and until his death in 1923.
Condition: Excellent