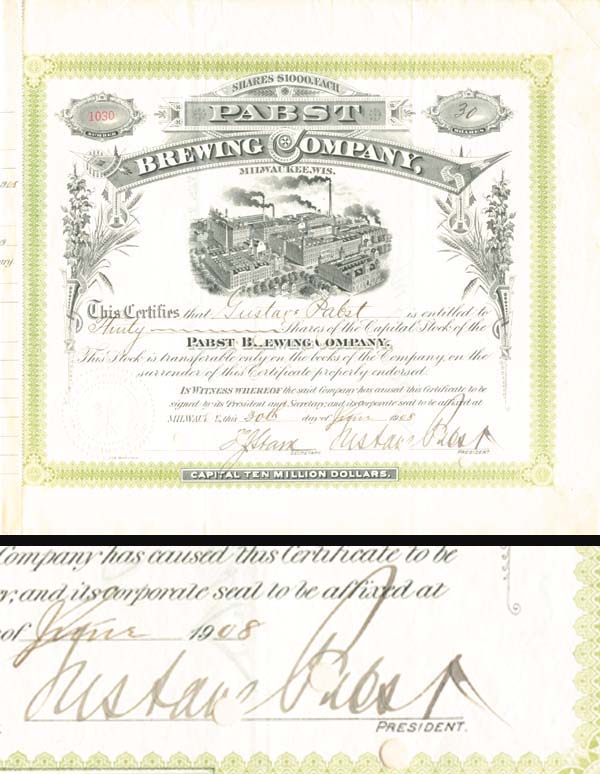 Gustave Pabst, Brewer. Issued to and signed at front as President and also signs on back . 1908 large impressive stock with extensive brewery scene and very ornate title. Excellent Condition and quite RARE!

During much of the 20th century, Pabst was run by Harris Perlstein, who was named president by Frederick Pabst in 1932 after a merger of Pabst Brewing and Premier Malt Products Co. (the latter of which Perlstein had been president). Perlstein emphasized research and innovation; under his direction, Pabst worked with American Can Company to produce the first beer cans, worked to create product consistency among multiple location breweries, and invested heavily in advertising and promotion. In 1954, Perlstein was named Chairman, and served until 1972; he then served as Chairman of the Executive Committee until his retirement in 1979. Pabst's sales reached a peak of 15.6 million barrels (2.48 billion litres) in 1978 before they entered into a steep decline.