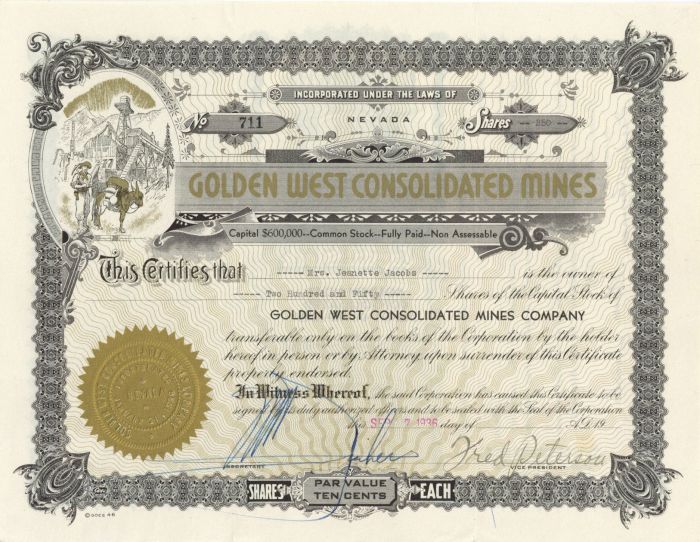 Stock printed by Goes. After the Golden West Consolidated Mines Company had been advised that the further sale of its stock would involve a violation of the registration requirements of the Act, Fischer, in March of 1936, together with Erle C. Annes, a mining engineer, commenced the search for new properties on the basis of which to form a new corporation. These proved to be the Sunbeam Mines, a partially developed group of claims situated in Jackson County, Oregon, then under lease to Paul C. Dressel, a friend of Annes. On June 8, 1936, Annes and Dressel, at Fischer's direction, arranged for the purchase of the property for $6,000. At about the same time, Fischer was negotiating for the Granite Hill claims. On May 29, 1936, a contract was drawn providing for their purchase by Annes, Fischer, Dressel, and others for $200,000. Unsuccessful in selling these claims to other interests, Fischer and his associates assigned the contract to the Golden West Consolidated Mines Company on March 23, 1937. (SEC Decisions and Reports Mining Google Book 1938)