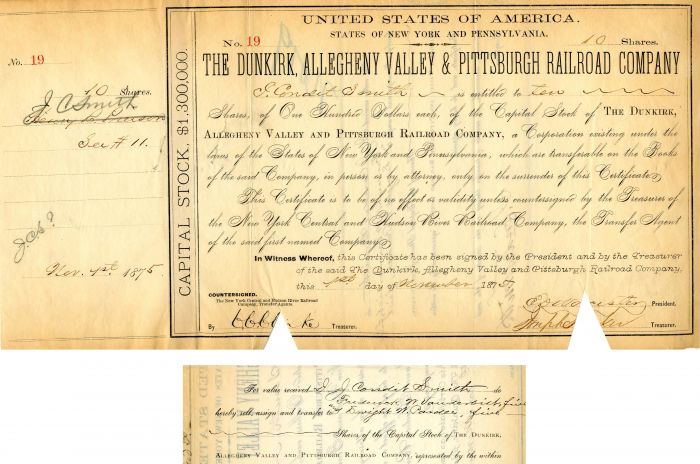 Stock transferred on back to Frederick W. Vanderbilt. Rare! Shares also exist of this stock signed by Commodore Cornelius Vanderbilt.

Item ordered may not be exact piece shown. All original and authentic.
OUT OF STOCK
Request re-stock notice?
Email this to a friend
Request Info
Previous Item (Dunkirk, Allegheny Valley and Pittsburgh Railroad Company signed by Geo. F. Baker)    (Dunleith and Dubuque Bridge Co. signed by James A. Roosevelt - Stock Certificate) Next Item