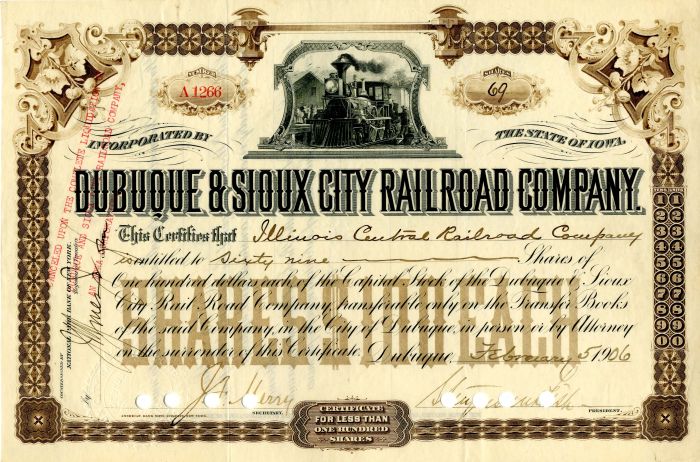 Item ordered may not be exact piece shown. All original and authentic.
Email this to a friend
Request Info
Previous Item (Don Enrique Mining Company Issued to B.P. Cheney)    (Duke of Wellington Autograph Letter and Cover) Next Item