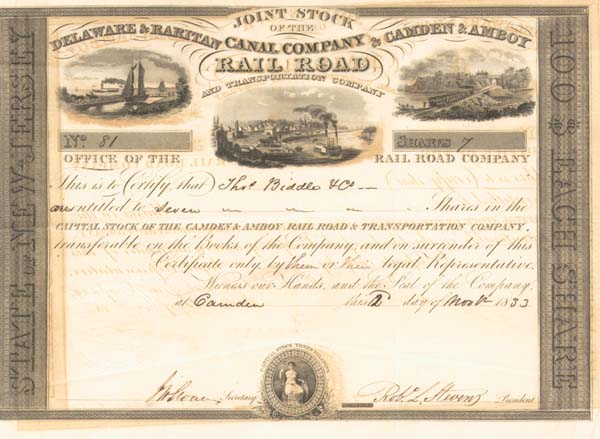 Printer-Charles Toppan-Philadelphia, PA. Nicer condition than normally found. Colonel Robert Livingston Stevens (October 18, 1787  April 20, 1856) was an American inventor and steamship builder who served as president of the Camden and Amboy Railroad in the 1830s and 1840s. Available Uncancelled at price noted or Cancelled Robert Stevens signature at a lesser price. Rare!!!