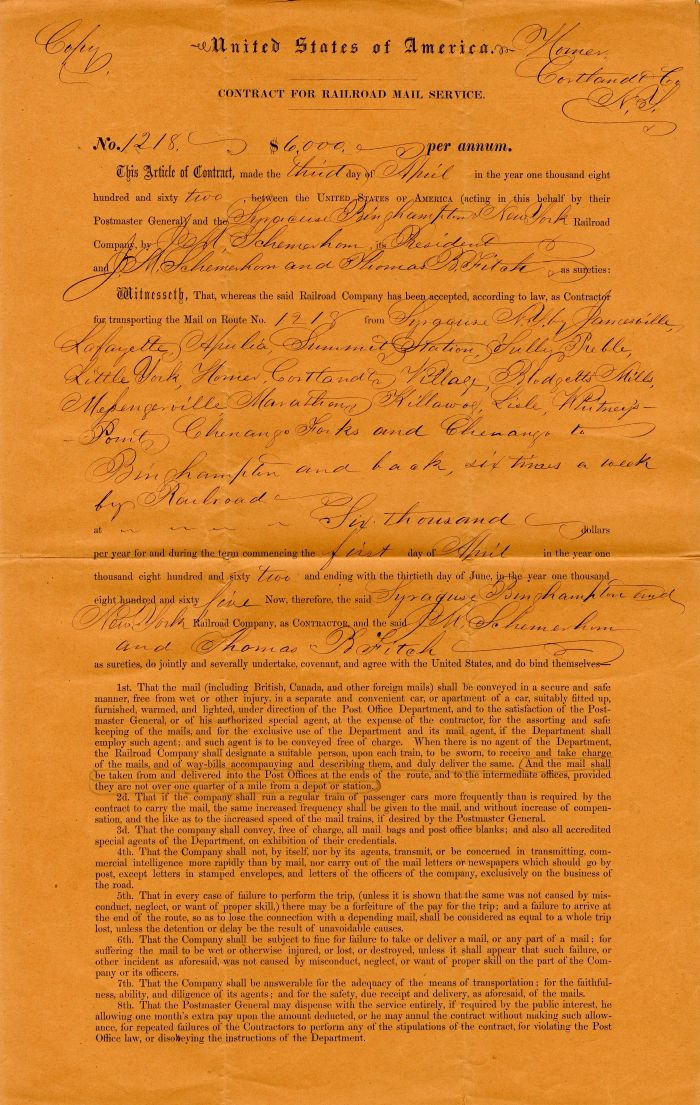 Years: 1862
Contract between the Postmaster General of the United States and the Syracuse & Binghampton and New York Railroad Company for mail service. Signed by J.M. Schermerhorn. Large document measures 10 3/4" x 17" folded in half. Early!

John M. Schermerhorn, born April 20, 1843 and died April 11, 1915. He was one of the Noble County's most distinguished men. In 1862 he enlisted in Co. C Eighty eighty Indiana Volunteer Infantry at La Grange. He served three years taking part in many of the principal battles of the Rebellion. He accompanied Sherman on his march to the sea. He mustered out at Washington at the close of the war and returned to Noble Co. where he taught school for three years later buying a large tract of land. He was a very prosperous farmer and well to do. Mr. Schermerhorn was very active in various community affairs. Being a man of strong principle and popular with all classes he was the confidence of his friends. For seven years he was trustee of Orange Twp. He was a very active politician and was elected to serve as county commissioner on the Republican ticket. He was elected to the General Assembly in 1902 but in 1904 was defeated for the nomination. He was one of the strong supporters of the Bull Moose Party for two years. He was also president of the 18th IN Regimental Reunion Assn. He was a member of the F and A Lodge of Rome City and Kendalville.