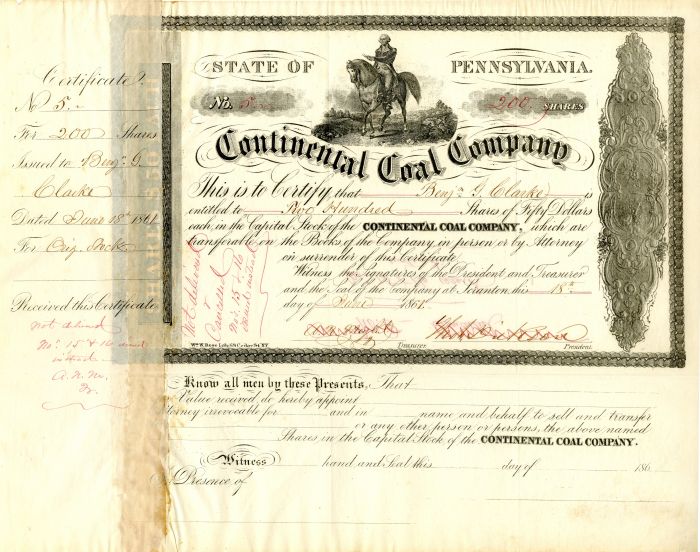 Stock dated at the very start of the Civil War! An outstanding vignette of George Washington on a horse. Rare Issued!!!