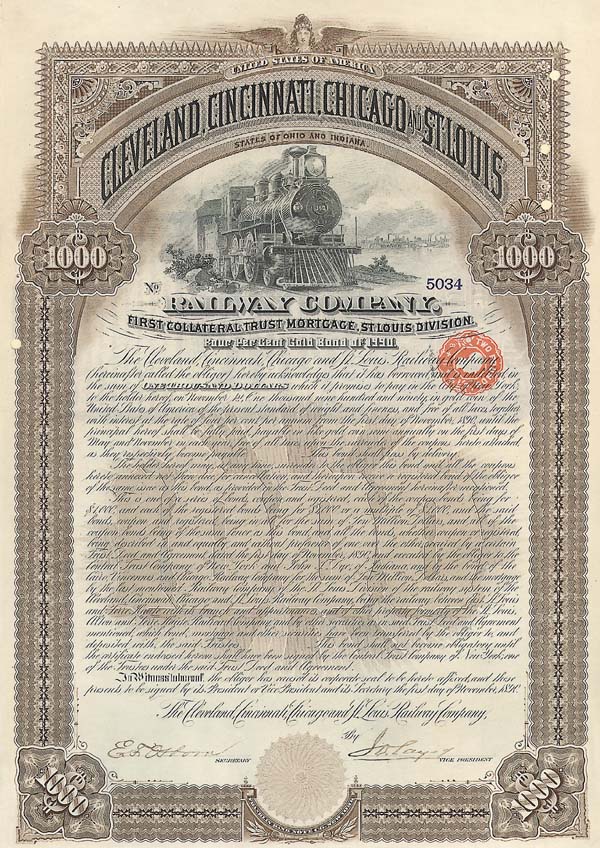 $1,000 Railroad Bond. Absolutely superb vignette & graphics of a very large locomotive at the edge of a water scene. Scarce!! So very nice!!