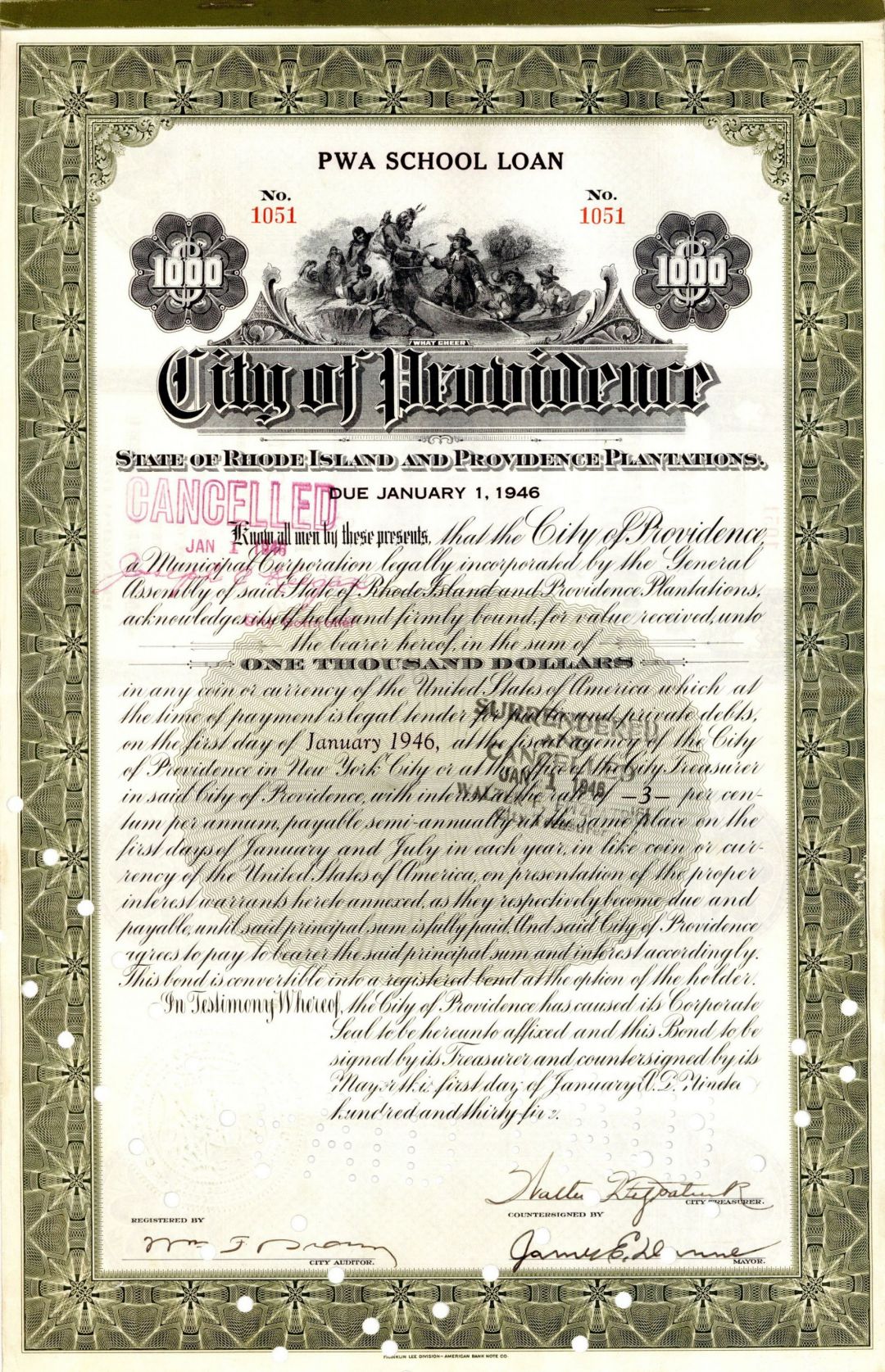 Item ordered may not be exact piece shown. All original and authentic.
Email this to a friend
Request Info
Previous Item (City of Providence - State of Rhode Island and Providence Plantations - Bond)    (Commercial Credit Co. - $1,000 Bond - Alexander Edward Duncan was the Founder) Next Item