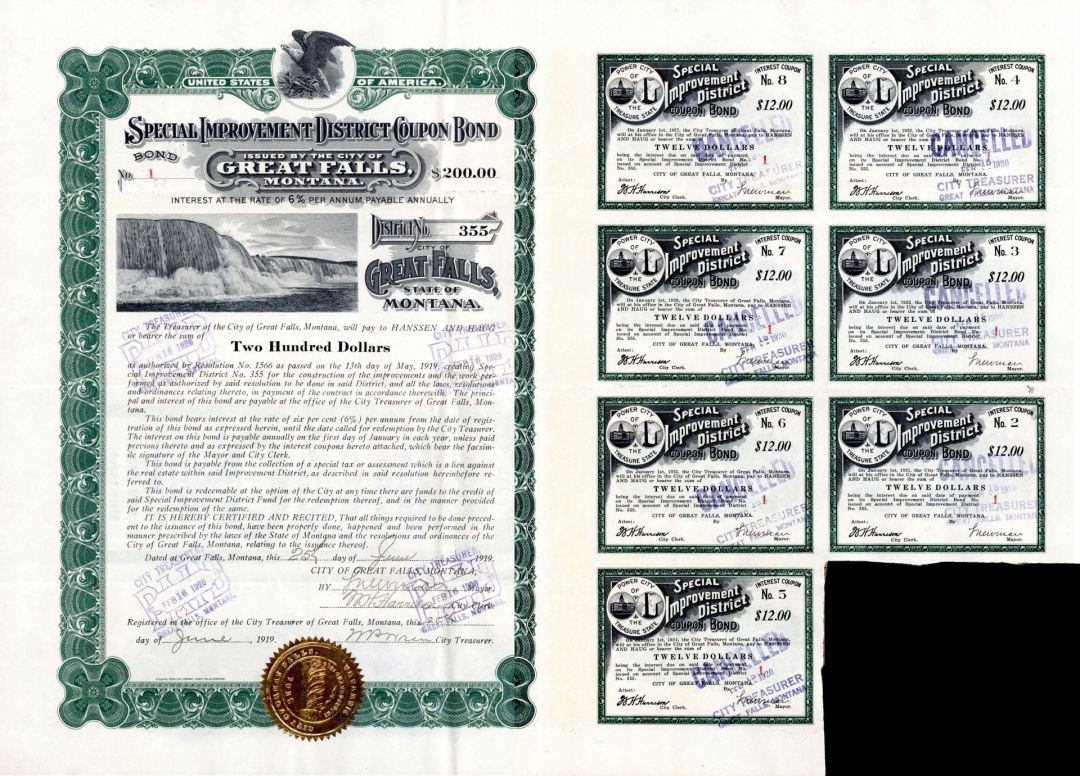 For much of prehistory, no permanent settlements existed at or near Great Falls, though Salish Indians seasonally hunted bison in the region. Around 1600, Piegan Blackfeet Indians, migrating west, entered the area, pushing the Salish back into the Rocky Mountains and claiming the area now occupied by Great Falls. The area remained territory of the Blackfeet until long after the United States claimed the region in 1803 as part of the Louisiana Purchase.

The founding of Great Falls was the brainchild of Paris Gibson, a Maine-born entrepreneur who became acquainted with railroad magnate James J. Hill in Minneapolis, Minnesota. By the 1880s, Gibson was a sheep man in Fort Benton, Montana. He visited the Great Falls of the Missouri River in 1880 and was deeply impressed by the possibilities for building a major industrial city near the falls with power provided by hydroelectricity. He returned in 1883 with friend Robert Vaughn and some surveyors and platted a permanent settlement on the south side of the river. The city's first citizen, Silas Beachley, arrived later that year. With investments from Hill and from Helena businessman Charles Arthur Broadwater, houses, a store, and a flour mill were established in 1884. The Great Falls post office was established on July 10, 1884, and Gibson was named the first postmaster. A planing mill, lumber yard, bank, school, and newspaper were established in 1885. By 1887 the town had 1,200 citizens, and the arrival of Hills Great Northern Railway in October of that year helped cement the citys future. Great Falls was incorporated on November 28, 1888. Read more at https://en.wikipedia.org/wiki/Great_Falls,_Montana