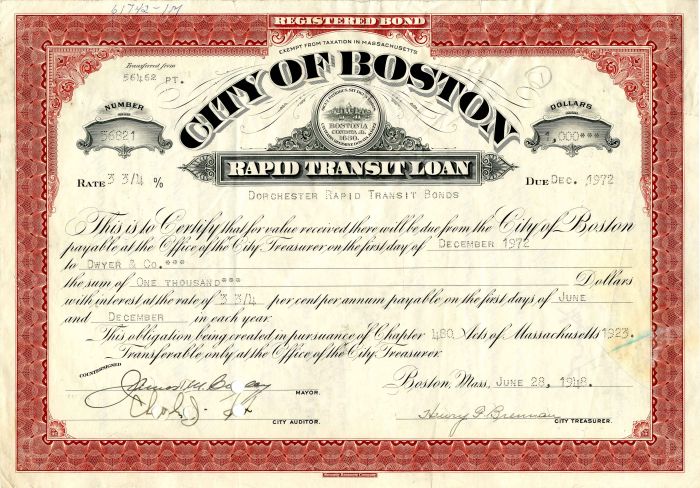 James Michael Curley (November 20, 1874  November 12, 1958) was an American Democratic Party politician from Boston, Massachusetts. One of the most colorful figures in Massachusetts politics in the first half of the 20th century, Curley served four terms as Democratic Mayor of Boston, Massachusetts, including part of one while in prison. He also served a single term as Governor of Massachusetts, characterized by one biographer as "a disaster mitigated only by moments of farce", for its free spending and corruption. Curley was immensely popular with working-class Roman Catholic Irish Americans in Boston, among whom he grew up and became active in ward politics. During the Great Depression, he enlarged Boston City Hospital, expanded the city's public transit system (now the MBTA), funded projects to improve the roads and bridges, and improved the neighborhoods with beaches and bathhouses, playgrounds and parks, public schools and libraries, all the while collecting graft and raising taxes. He became a leading and at times divisive force in the state's Democratic Party, contesting for power with its White Anglo-Saxon Protestant leadership at the local and state levels, and with Boston's ward bosses. He served two terms in the United States Congress, and was regularly a candidate for a variety of local and state offices for half a century. He was twice convicted of crimes, and notably served time for a felony conviction related to earlier corruption during his last term as mayor.

Item ordered may not be exact piece shown. All original and authentic.
OUT OF STOCK
Request re-stock notice?
Email this to a friend
Request Info
Previous Item (Cincinnati, Washington and Baltimore Railroad Company Signed by Orland Smith - Stock Certificate)    (City of Jersey City - Bond) Next Item