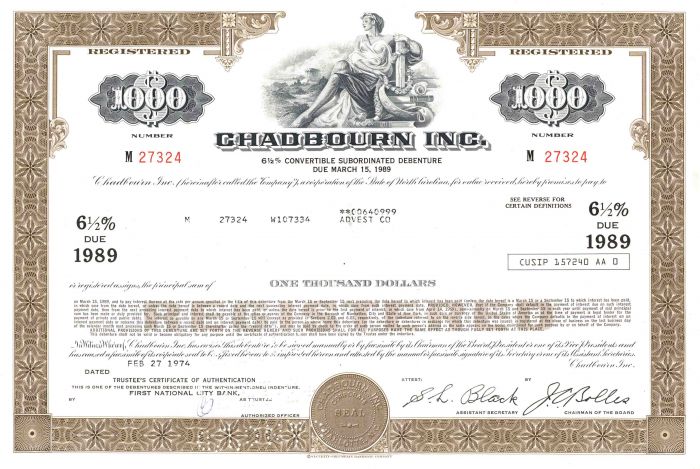 Chadbourn Hosiery Mills Plant was associated with two of Charlottes largest and longest-operating hosiery producers.  The Hosiery was named after it's owner, James Chadbourn Bolles. The enterprises contributions to the local economy as manufacturers, employers, consumers of local goods and services, and taxpayers were enormous from late 1929, when Larkwood Silk Hosiery Mills plant commenced operations, until Chadbourn Inc. ceased production in 1978. In 1970, Chadbourn Inc. absorbed Standard Knitting Mills, Inc., as a subsidiary corporation.