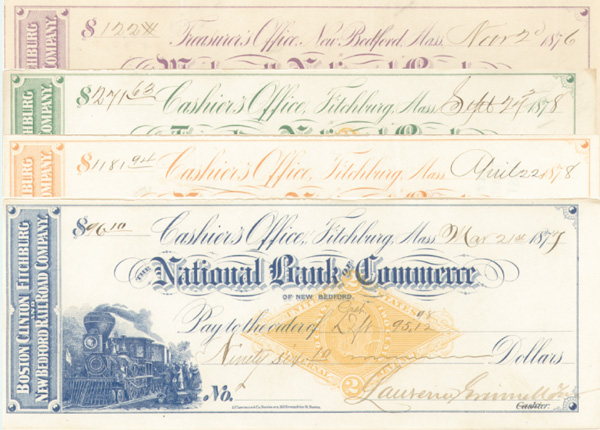 On March 5, 1883, the Boston, Clinton, Fitchburg and New Bedford Railroad was outright consolidated into the Old Colony network.  In 1893, the Old Colony Railroad was leased to the New York, New Haven and Hartford Railroad. The line last had regular passenger service in 1958, except for a return of New York to Cape Cod service ending in 1964.

By the 1960s, the New York, New Haven and Hartford Railroad, like many railroads, was struggling to stay solvent in the face of increased competition from alternate modes of transportation, and so in 1961 it petitioned to be included in the newly formed Penn Central Transportation Company. On December 31, 1968 all of its properties were purchased by Penn Central. Penn Central, however, soon went bankrupt, and on April 1, 1976 it was taken over by Conrail. On August 22, 1998, the Surface Transportation Board approved the buyout of Conrail by CSX and Norfolk Southern, with the former assuming control of the former Boston, Clinton, Fitchburg and New Bedford Railroad network.

Today, most of the network is still in use by CSX. The tracks of the former Boston, Clinton and Fitchburg Railroad between Sterling Junction and Pratts Junction were abandoned and converted into the Central Mass Rail Trail. Additionally, the line no longer extends to Fitchburg, now ending in Leominster with the tracks between Leominster and Fitchburg also abandoned. The entirety of the former Framingham and Lowell Railroad line has also been abandoned, and is currently in various stages of being converted into Bruce Freeman Rail Trail. Some of the goods CSX hauls along the line include lumber, corn syrup, scrap metal, and plastic pellets.