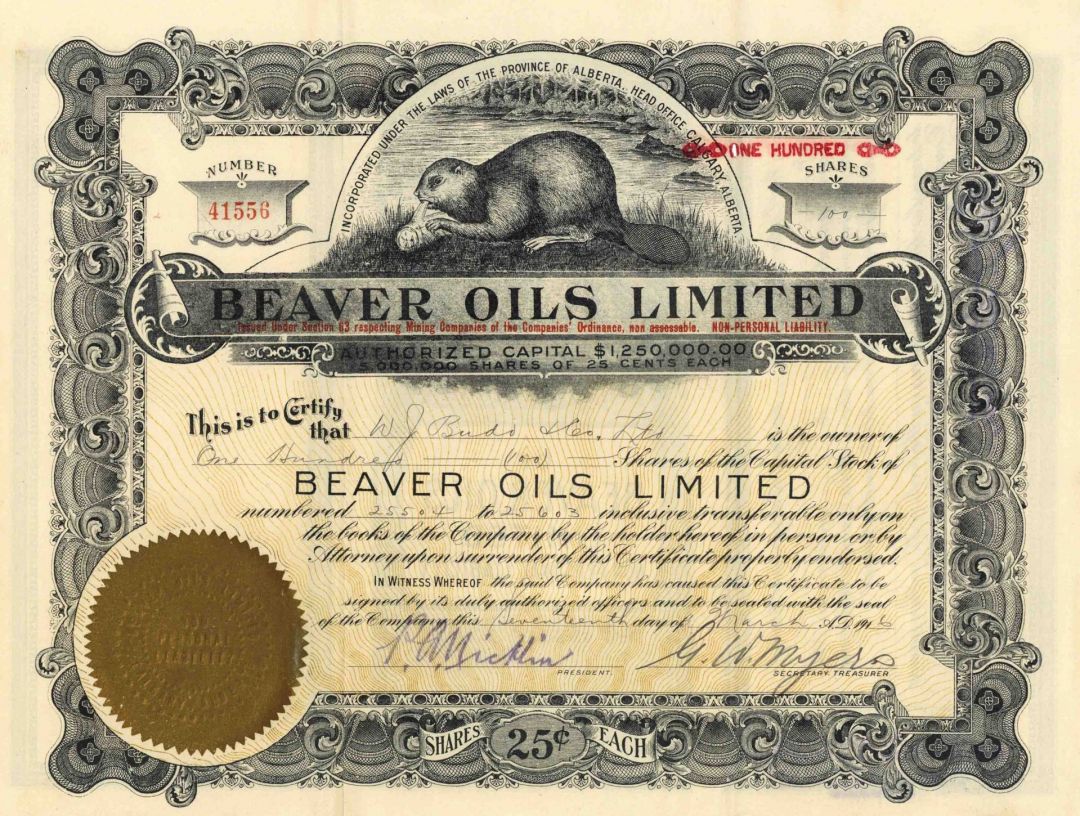 Beaver Oils Ltd, a Canadian company based in Alberta. Stock with absolutely charming vignette of a beaver chewing on a log. Rare!!!

According to the 1948 Financial Post Survey of Oils, Beaver Oils Limited was "wound up, charter surrendered, stated to be dead". There appears to be no following company although this Beaver name is used by many other corporate entities. Laws are under the Province of Alberta with the head office at Calgary, Alberta.

Calgary is a city in the western Canadian province of Alberta. As of 2021, the city had a population of 1,306,784 and a metropolitan population of 1,481,806, making it the third-largest city and fifth-largest metropolitan area in Canada. Read more at https://en.wikipedia.org/wiki/Calgary