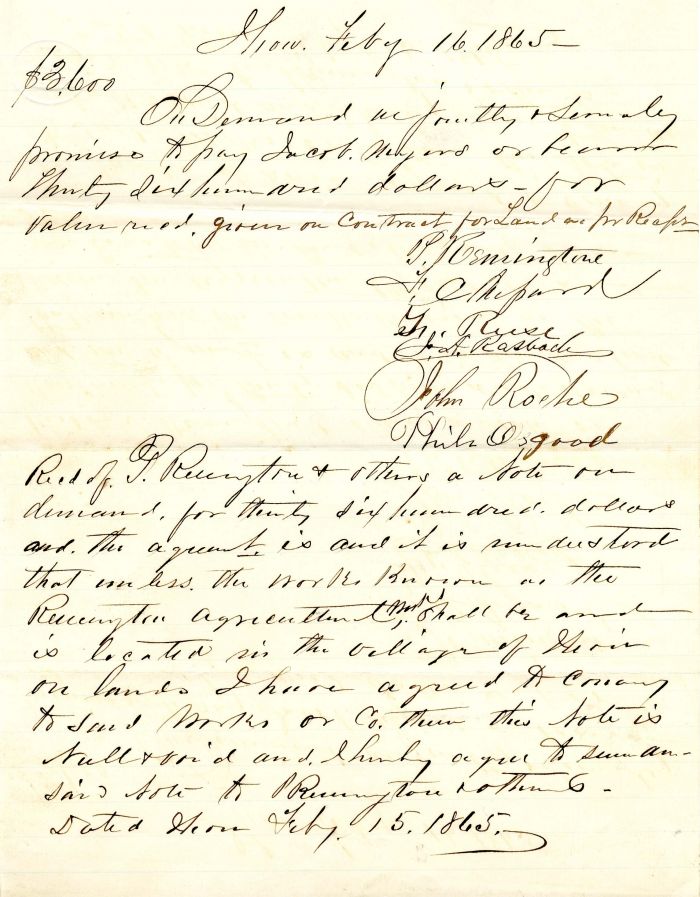 He was born on October 31, 1816 to Eliphalet Remington and Abigail Paddock Remington in Litchfield, New York.

Phil was the manager of the mechanical department in his father's small-arms factory for over 25 years. He improved arms manufacture with the reflection method of straightening gun barrels and manufactured the first successful cast-steel, drilled rifle barrel made in the United States.

After his father's death, Phil headed the company and supplied small arms to the Union during the American Civil War.

He was active when the firm won the contract to manufacture what was then known as the Sholes and Glidden typewriter on March 1, 1873.

Condition: Excellent
Item ordered may not be exact piece shown. All original and authentic.
OUT OF STOCK
Request re-stock notice?
Email this to a friend
Request Info
Previous Item (Stock Receipt signed by General C.F. Ruff)    (Letter signed by A.W. Mellon) Next Item