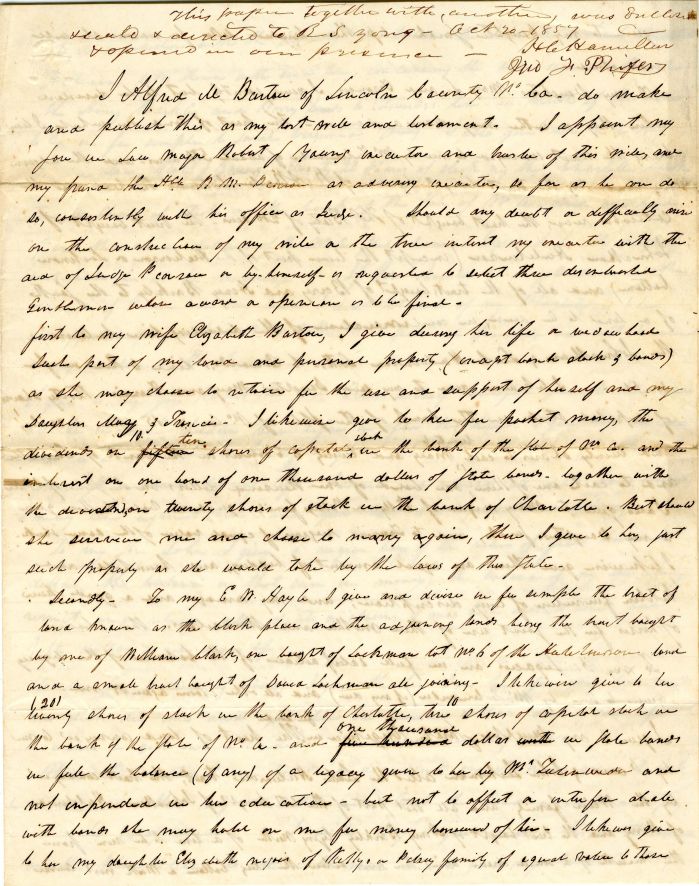 Last Will and Testament of Alfred W. Bartow, Lincoln County, North Carolina. Bequeaths money, slaves, land & stock in the Bank of Charlotte and Bank of the State of North Carolina to his wife and children. 4 pages handwritten.

Lincoln County is a county located in the U.S. state of North Carolina. As of the 2010 census, the population was 78,265. Its county seat is Lincolnton. Lincoln County is included in the Charlotte-Concord-Gastonia, NC-SC Metropolitan Statistical Area.